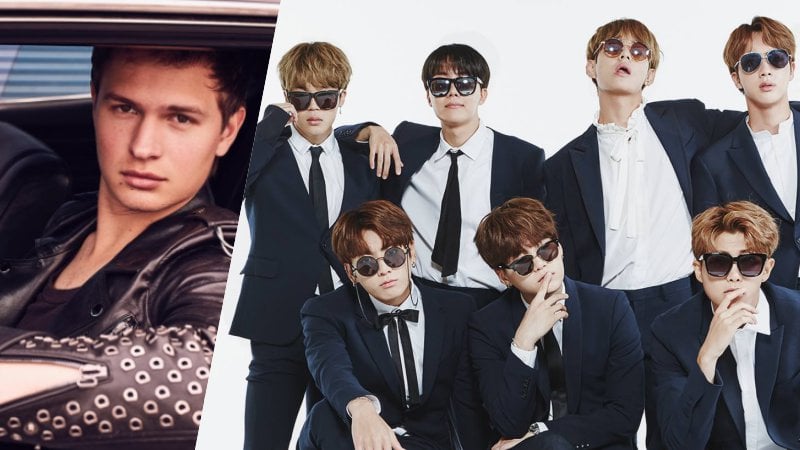 BTS has met many international stars recently from Charli XCX to MAJOR LAZER and more. Well, it looks like their list is about to add actor Ansel Elgort!

The American actor revealed his plans to meet BTS in a tweet and said, “Excited to see you guys tomorrow,” and tagged BTS’s official Twitter account.

They previously met at the Billboard Music Awards.

Ansel Elgort will be in Korea to promote his new film “Baby Driver” and it looks like he’ll be spending some of his time in Korea with BTS. The actor is most well known for acting in “The Fault in Our Stars” and the “Divergent” series.

Are you excited for their meeting?