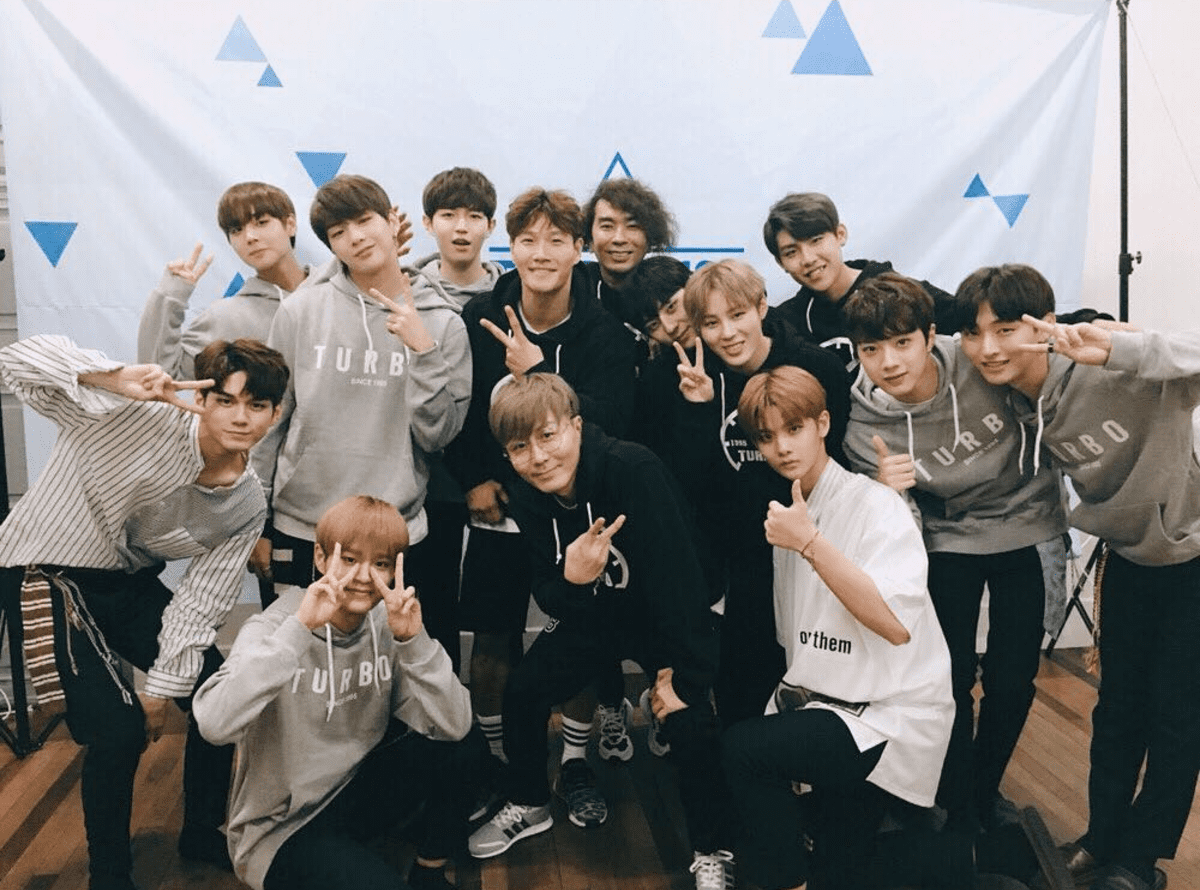 Kim Jong Kook is officially the protector of Wanna One!

On August 24, Kim Jong Kook uploaded a photo of himself and his fellow Turbo members along with Wanna One. He included a cute caption in which he told the Wanna One members to let him know if anyone ever bullies them, because he’s got their back.

He also added in the Korean version of his caption, “Thank you for coming to our concert when you guys are so busy. You will be blessed.”

Meanwhile, Turbo will be starting their concert series on September 2. They will be opening up their national tour in Seoul on September 2 and 3, and then will head to Daegu, Sungnam, Goyang, Daejeon, and more.

Wanna One recently made their debut on August 7 with the song “Energetic,” and has already won eight music show trophies so far.

Wanna One
Kim Jong Kook
Turbo
How does this article make you feel?