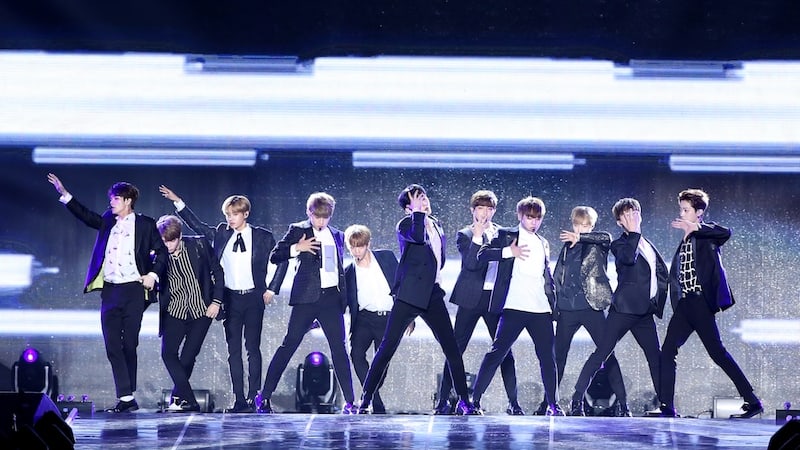 Watch: Wanna One Burns It Up At Exciting Premier Show-Con

Wanna One made history when they held their “Premier Show-Con” at the famous Gocheok Sky Dome, and you can watch the group’s unforgettable debut show on Rakuten Viki!

The “Produce 101 Season 2” finalist group Wanna One debuted on August 7 with their mini album “1×1=1 (To Be One),” featuring the fan-chosen title track “Energetic.” On that day, they became the first group to ever hold a debut showcase at Korea’s only domed stadium, the Gocheok Sky Dome. Over 20,000 lucky fans were in attendance, with the competition for seats so fierce that the ticketing website even crashed when tickets first went on sale.

The show was of such a monumental scale that it was called a “Premier Show-Con,” combining the words for both “showcase” and “concert.”

After making an entrance to the sound of a stadium full of screaming fans, Wanna One thrilled the crowd by performing their versions of tracks from “Produce 101 Season 2” such as “Pick Me” and “Never,” as well as premiering new songs including “Burn It Up” and “Energetic.”

Highlights from the show were later aired on Mnet with some exclusive footage of the guys gearing up for their debut, including behind-the-scenes clips from their music video shoots.

Watch the show on Rakuten Viki with English subtitles by clicking below!