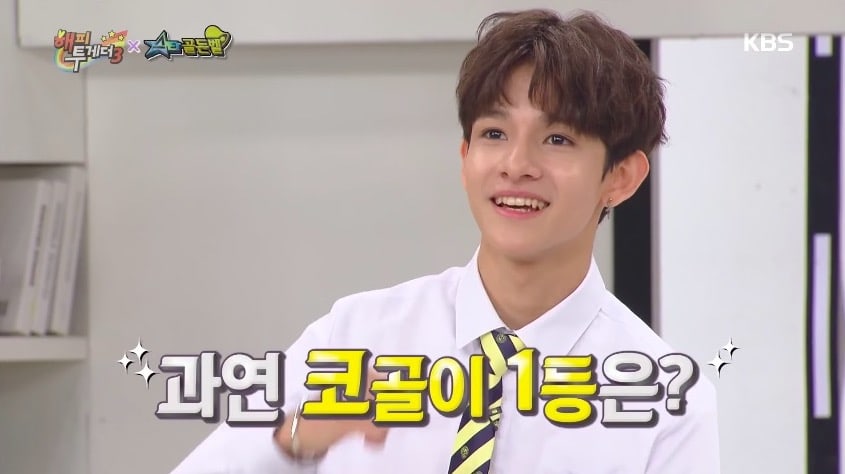 When Samuel appeared as a guest on “Happy Together,” he shared some details about what daily life was really like as a contestant on “Produce 101 Season 2.”

When asked about living in the “Produce 101 Season 2” dorms with so many trainees, Samuel replied, “There were six or seven of us in each room. Since there were so many people, the foot odor was really severe.”

As everyone laughed at his honesty, he added, “My nose tends to get stuffed up, but it really cleared that up!” 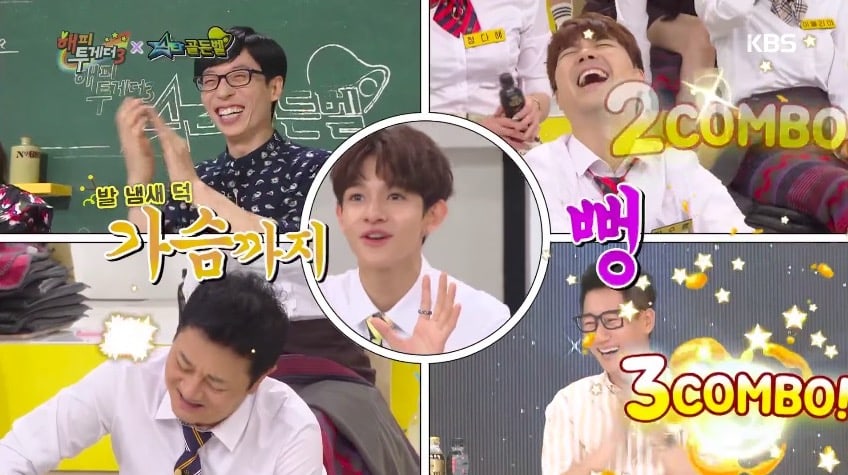 Samuel also said, “It was my first time living in a dorm, and I had fun.”

Yoo Jae Suk asked him if there were any surprising or difficult parts about living in the dorm, and Samuel made the others laugh again when he replied, “The sound of the other guys snoring.”

When asked which of the other trainees snored the most, Samuel laughed and asked if it was really okay if he said. When he was encouraged to answer, he quickly apologized to Kang Daniel, before naming him.

As the others laughed in surprise, Samuel said, “I didn’t think he’d snore either!” 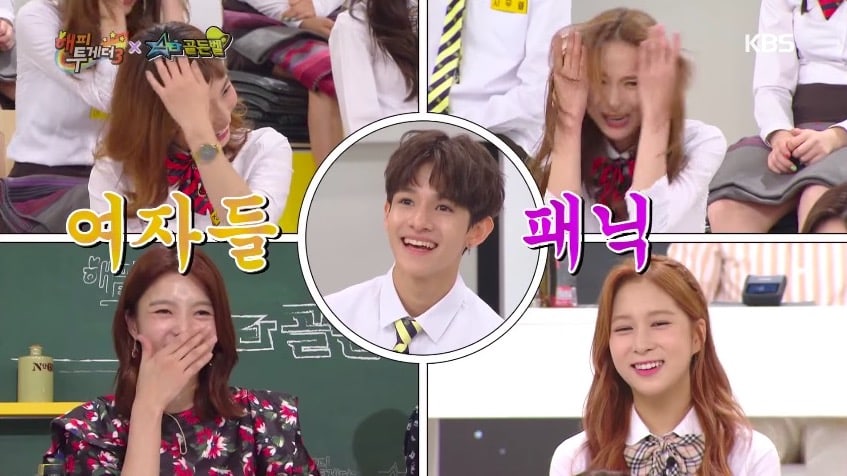 Watch more of Samuel in August 24’s episode of “Happy Together.”

Happy Together
Produce 101 Season 2
Samuel
How does this article make you feel?