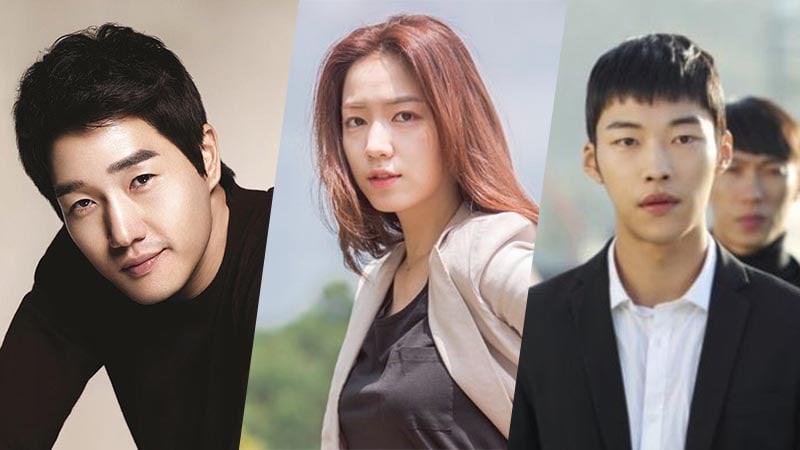 On August 25, a source from the drama stated that Yoo Ji Tae, Woo Do Hwan, and Ryu Hwa Young have been confirmed to star in the drama.

Yoo Ji Tae is set to play Choi Kang Woo, an ex-cop and the leader of the Mad Dog team. He’s the type of character to never let go of something once he grabs a hold of it. In regards to his character, Yoo Ji Tae commented, “‘Mad Dog’ seemed refreshing for its realism regarding insurance-related crimes. Unlike my previous roles, this character felt charming in a very carefree and unpredictable kind of way. I think I’ll be able to show a different image through Kang Woo.”

Woo Do Hwan will be playing Kim Min Joon, an elegant and confident swindler with a smart mind, who can become any kind of character he wants to become using his expressions. Woo Do Hwan shared, “It’s such an honor to even be able to take part in ‘Mad Dog.'”

Meanwhile, Ryu Hwa Young will be playing Jang Ha Ri, a former gymnastics athlete who is also the only woman on the team. Her character is described as the type of girl that has the ability to transform into a girl crush character, a sexy character, or an innocent college student for the sake of investigating. “I’ve completely fallen into the charms of Jang Ha Ri,” said Ryu Hwa Young. “I’m going to work hard in order to show the viewers just the variety of charms that she has.”

Meanwhile, “Mad Dog” is led by director Hwang Eui Kyung, who also directed “Romance Town” and “Partner.” The drama is set to follow “Manhole” and air sometime in October.