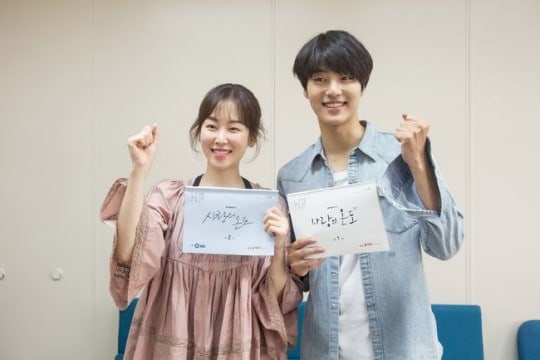 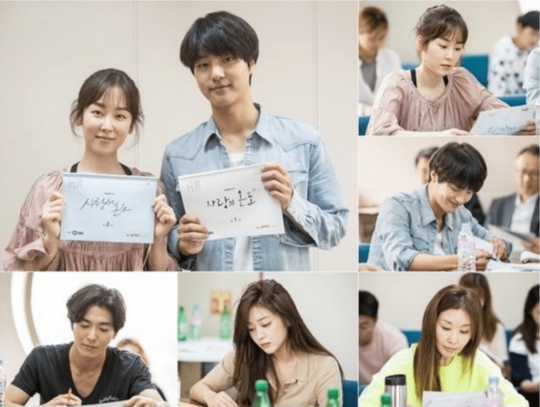 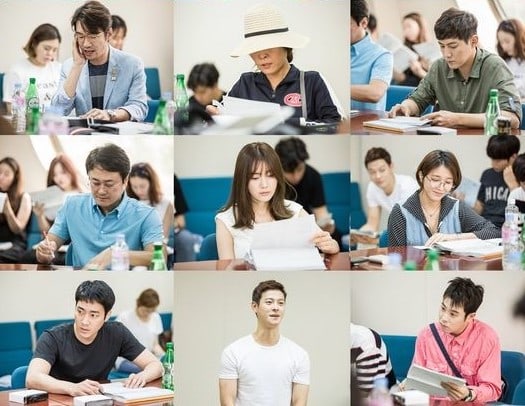 Director Nam Gun opened the read-through with the statement, “It’s an honor to work with these second-to-none actors and production staff.”

Seo Hyun Jin said, “I will work hard so that everyone can smile at the wrap party.” The actress plays a drama writer named Lee Hyun Soo and synchronized well with her honest, confident, but lovably quirky personality. Yang Se Jong, who plays the chef Ohn Jung Sun, was able to walk the line between falling in love and keeping a careful distance as the script required.

Kim Jae Wook plays Park Jung Woo, a businessman and luxury item collector with good manners and a good sense of humor. During the read-through, the actor showed off his excellent Japanese language skills. Jo Bo Ah, who plays Ji Hong Ah, a woman born with a golden spoon in her mouth but who aims to be a writer and cherishes her friendship with Lee Hyun Soo.

After the read-through ended on a positive vibe, Nam Gun said, “The script promises big laughs so I think the drama will be good as a result.”

“Temperature of Love” is about a man and a woman who dated and broke up due to mismatched timing in what they wanted out of their love lives. When they meet again, they try to work out the “optimal temperature” of love.

It is slated to begin airing in September after the end of “Distorted.”