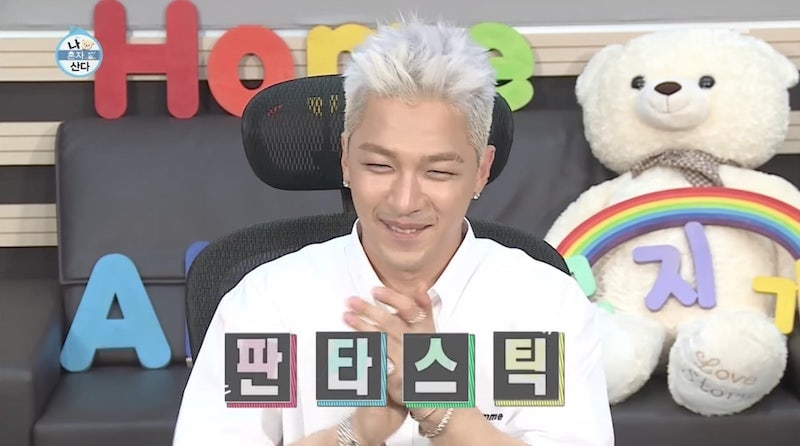 BIGBANG’s Taeyang Reveals The One Person He Is Jealous Of

While waiting for Seungri to get out of the shower, Daesung and Taeyang sat on the couch and watched “Korean Cuisine and Dining,” a TV show hosted by actor Choi Bool Am. Taeyang expressed he was a big fan of this show and talked about his love for Korean food on last week’s episode of “I Live Alone” as well. 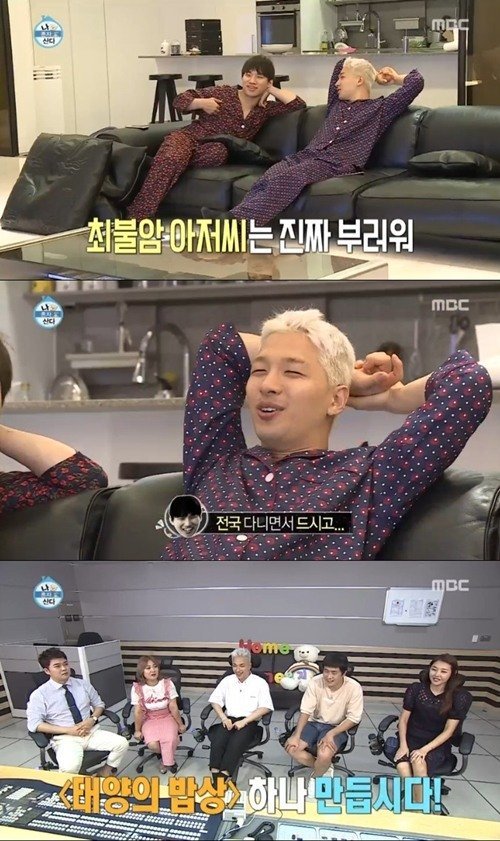 Taeyang turned to Daesung and said, “I don’t really get jealous of anyone, but I really envy Choi Bool Am. He gets to travel all over the country and eat delicious food.” When Jun Hyun Moo saw this, he suggested Taeyang make his own food TV series titled “Taeyang’s Cuisine and Dining,” to which he clapped and put two thumbs up in response.