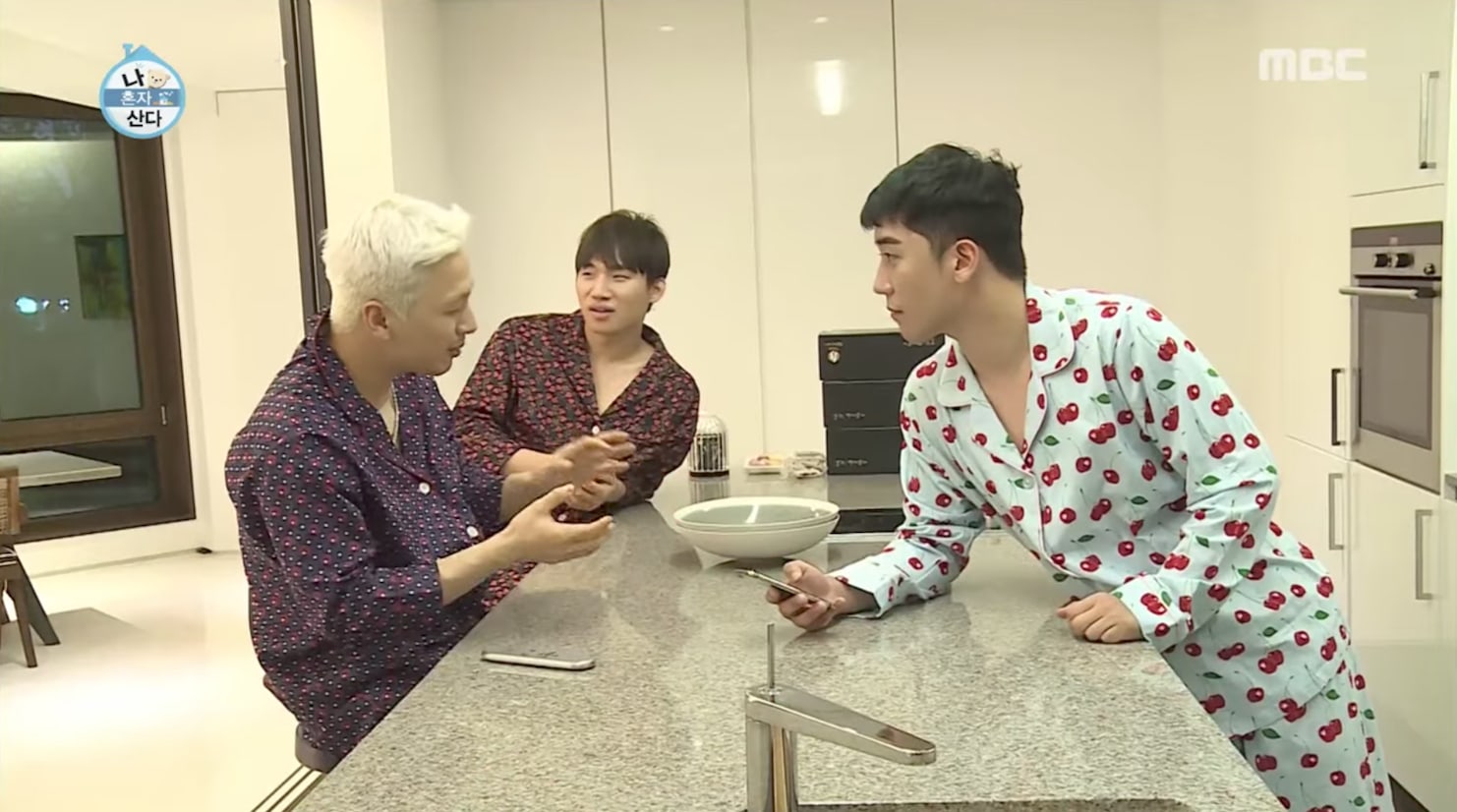 BIGBANG members Taeyang, Daesung, and Seungri were quite relatable in the latest episode of MBC’s “I Live Alone.” After changing into comfortable pajamas, the three members ate some food, watched TV, and had a dance party.

In a hilarious conversation, Taeyang asked Seungri if the reason why he stopped working on his album was due to his Japanese ramen business taking off, and Seungri broke out in laughter. As the CEO of a DJ label, Seungri then became the designated DJ for the dance party and played Red Velvet’s “Red Flavor” as one of his current favorite songs.

After the dance party, Seungri asked each member, “What flavor are you?”

Daesung answered that he’s a “strong flavor,” while Taeyang stammered saying it was a hard question, and Seungri responded that he’s “a flavor you want to keep tasting.”

Watch the BIGBANG members show off their “Red Flavor” below!