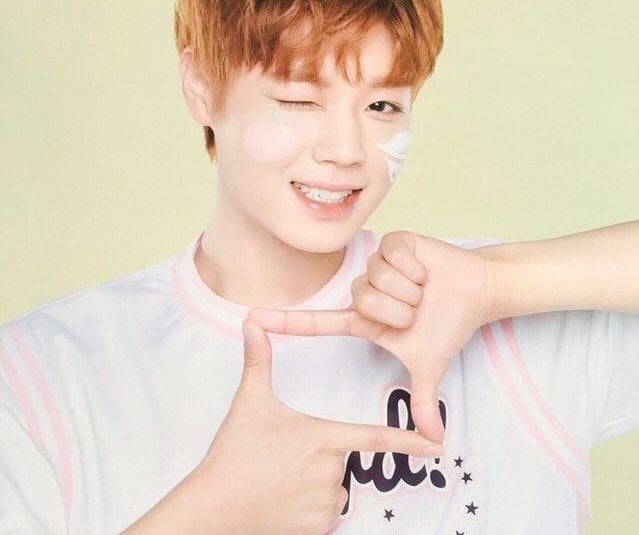 “Save you in my heart,” a phrase created and made popular by Wanna One’s Park Ji Hoon during his days as a contestant on “Produce 101 Season 2,” has been crowned the best catchphrase of the first half of 2017.

The Korea Creative Content Agency (KOCCA) recently made the announcement through their official Facebook page and shared photos of the idol doing the signature “save you” pose under the title “Guess what the hottest catchphrase of the first half of 2017 was? 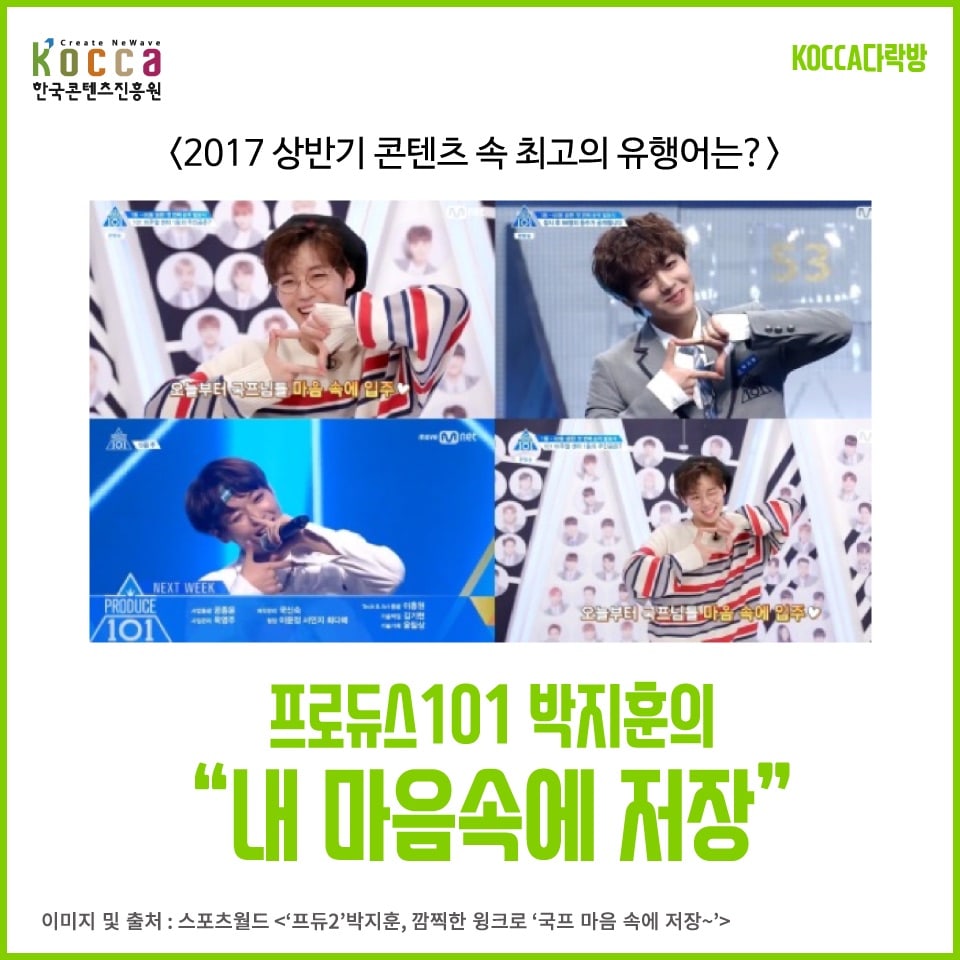 Since Park Ji Hoon first showcased the catchphrase, many stars have copied the move, including Girls’ Generation, fellow “Produce 101 Season 2” contestant NU’EST’s JR, and even the other members of Wanna One. But the catchphrase goes beyond the entertainment industry as there is even a photo of President Moon Jae In’s advisory staff taking a photo with the signature pose. 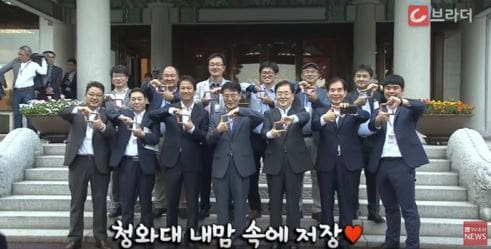 Aside from Park Ji Hoon, which celebrity has done the best iteration of “Save you in my heart” so far in your opinion?

Wanna One
Produce 101 Season 2
Park Ji Hoon
How does this article make you feel?