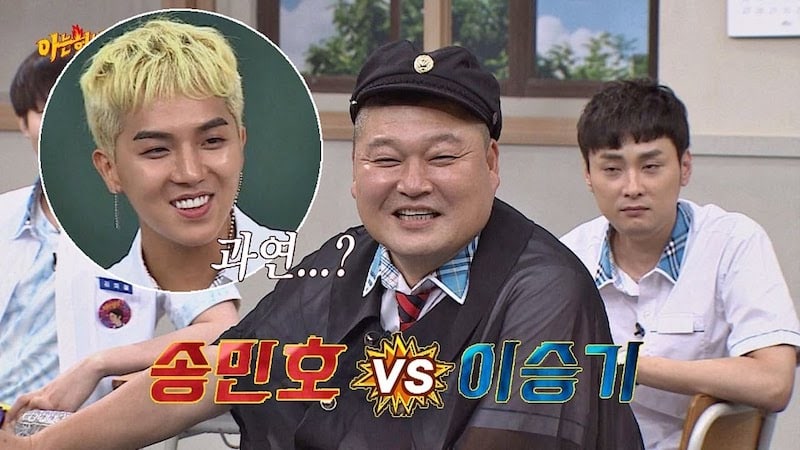 There’s no denying the affection between these two “New Journey to the West” castmates, but the way they show their love is just too funny!

WINNER’s Mino recently made a guest appearance on the August 26 episode of JTBC’s “Ask Us Anything” along with BIGBANG’s Taeyang.

During the broadcast, Song Mino shared, “I was hurt [today] by Kang Ho Dong. I really like ‘Ask Us Anything.’ Since he had called Jung Yong Hwa ‘my little brother’ when he appeared, I was imagining something like that happening [with me also].”

Kang Ho Dong didn’t seem affected by what Song Mino said, and later explained that he had not greeted the rapper that way because he thought Song Mino would feel burdened. 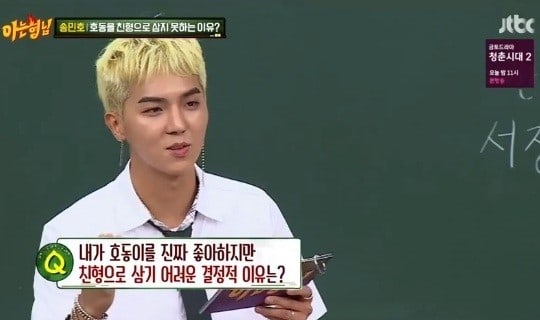 The WINNER member also explained how he likes Kang Ho Dong, but couldn’t see him as an older brother (hyung).

“My mom and Kang Ho Dong are only one year apart in age,” Song Mino said. “Apart from the age, I really want to consider Kang Ho Dong as an older brother. However, he already has too many little brothers (dongsaengs) that follow him.”

As everyone laughed at the rapper’s truthful statement, Song Mino then asked Kang Ho Dong a series of questions he prepared in order to find out who his favorite “dongsaeng” was. After he made his choices between Eun Ji Won, Jung Yong Hwa, Lee Soo Geun, Super Junior’s Kyuhyun, and Kim Jong Min, Kang Ho Dong was eventually left with the final question of who he liked more between Song Mino and Lee Seung Gi.

As shown in the preview, Kang Ho Dong amusingly shouted “Lee Seung Gi!” as his pick. 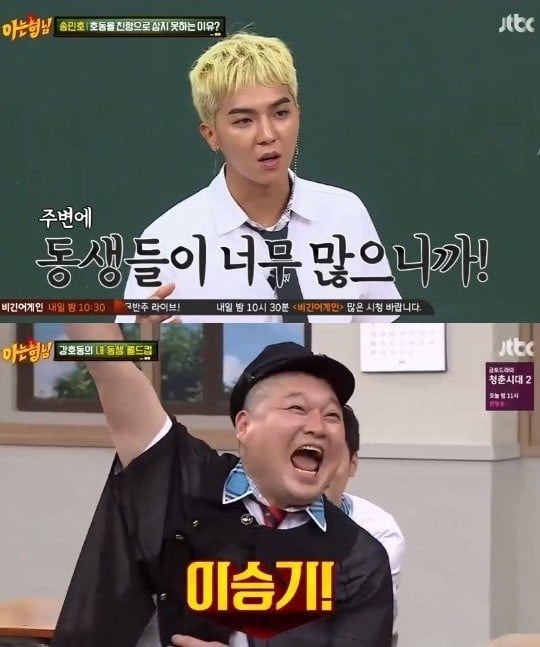