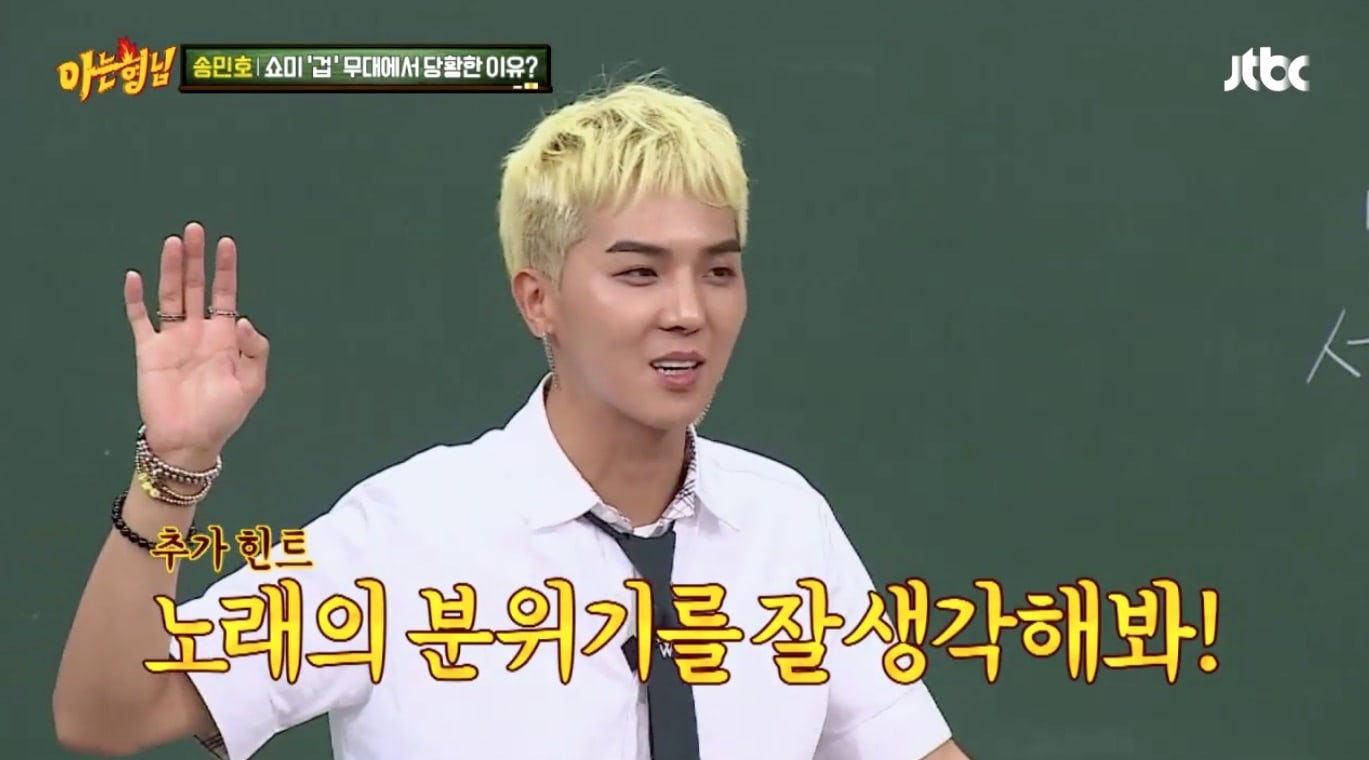 During his appearance on JTBC’s “Ask Us Anything” with BIGBANG’s Taeyang, WINNER’s Song Mino explained what surprised him during their memorable performance of “Fear” on “Show Me The Money 4.”

For one of his questions, Song Mino asked the cast of “Ask Us Anything” to guess what had surprised him during the performance. After taking a few guesses, he revealed that it was his father’s smile. 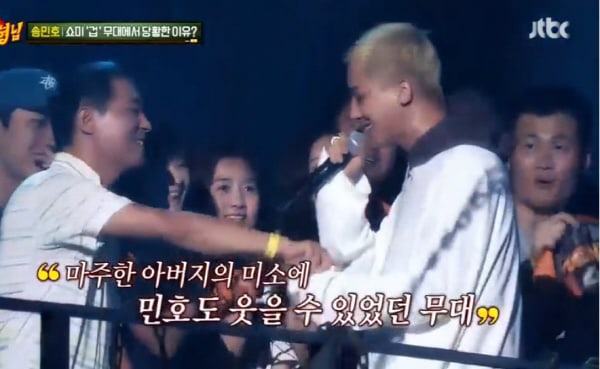 Song Mino explained, “I was calling out for my father while I was rapping and it was a somber and emotional moment. My father was actually in the crowd so I looked at him, but I saw that he was smiling and it caught me off guard.” Seeing his father’s smile, Song Mino couldn’t help but smile back during the performance.

Before the question went out, viewers were also treated to a performance of “Fear” by Song Mino and Taeyang, who was the original featuring artist on the track.

Check out their full performance below!

WINNER
BIGBANG
Song Mino
Show Me the Money 4
Knowing Bros
Taeyang
How does this article make you feel?