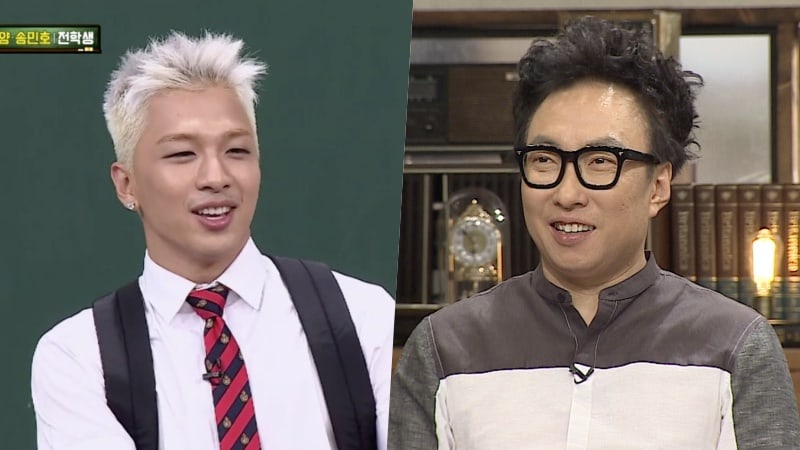 During his appearance on JTBC’s “Ask Us Anything” with WINNER’s Song Mino, BIGBANG’s Taeyang shared a hilarious incident between him and Park Myung Soo.

Taeyang asked the cast of “Ask Us Anything” to guess the answer to, “What awkward incident happened between me and Park Myung Soo when I was a rookie?”

He later went on to reveal, “When I was a rookie, we were scheduled to appear on a radio show and I met Park Myung Soo there. Back then, it was trendy to wear your pants low, so that’s what I did. Mine were so low that you could see my underwear.”