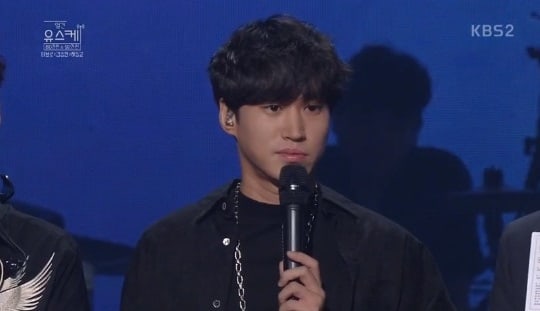 During an appearance on the August 26 episode of KBS2’s “Yoo Hee Yeol’s Sketchbook,” Tablo opened up about his group Epik High’s upcoming comeback.

“We’ve been continuously producing up until now, but finally it seems that an album worth listening to will be made,” Tablo expressed. “After three years, we’ll be able to let you hear an album that feels like ‘this is definitely autumn.'”

It has already been revealed that singer IU will be featuring on this album, which currently has a tentative release set for October. At the moment, it is unconfirmed whether the new release will be a mini album, or a full-length studio album.

Tablo also performed a series of songs during his appearance, alongside Ha Dong Gyun and Nell’s Kim Jong Wan. He showcased one of his solo tracks, “Airbag,” as well as “Amor Fati” from Epik High’s 2014 album “Shoebox.” Ha Dong Gyun and Tablo also prepared a unique remix using one of their respective songs, which both happened to be titled “Run.”

Check out all of these performances below!