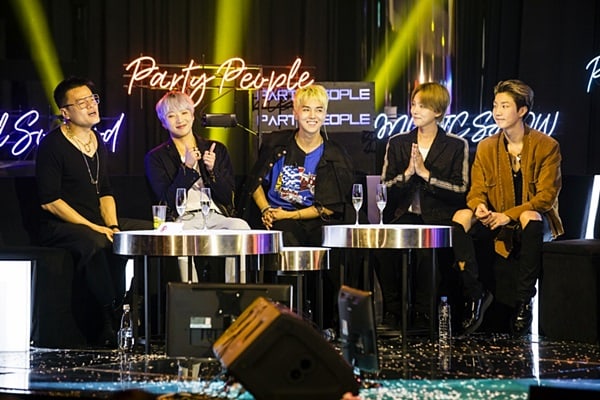 Watch: WINNER Opens Up About Feeling Out Of Place As A YG Group

On the August 27 episode of Park Jin Young’s “Party People,” WINNER opened up about how they sometimes feel out of place at YG Entertainment.

Near the end of the episode, Park Jin Young asked, “As there are a lot of stars at YG Entertainment, do you guys ever feel like its hard to make your presence known? Kan Seung Yoon responded, “Actually, it did seem like that before we debuted, and even after debuting. Our company also worried a lot because we weren’t exactly ‘YG-style’ even though we were a part of YG. We were like the ugly duckling and it was really daunting.”

The conversation shifted as the group discussed the slump they fell into after the success of the track “Empty” in 2014, and their long hiatus afterwards. Park Jin Young commented, “The happiest thing you could have is things not working out right as well as things were going great. Fear makes you healthier than confidence alone.”

WINNER also prepared a series of performances featuring some of their title tracks like, “LOVE ME LOVE ME,” “Really Really,” and “ISLAND,” which you can watch below!

WINNER
JYP's Party People
How does this article make you feel?