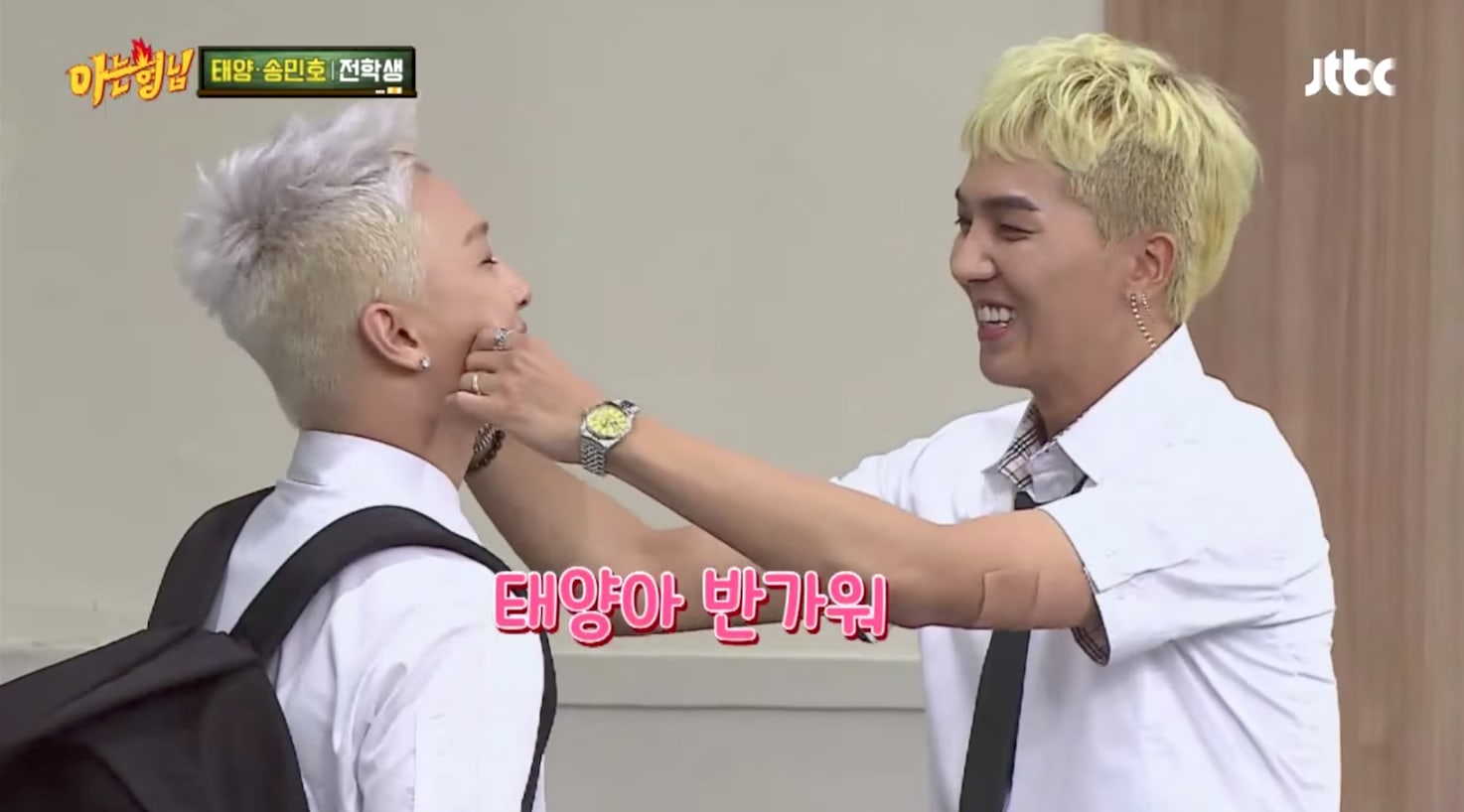 On August 26, WINNER’s Song Mino and BIGBANG’s Taeyang appeared on JTBC’s “Ask Us Anything.”

Although there is a strict hierarchy of respect between seniors and juniors that exists in Korean society and its entertainment industry, for the concept of the program, all the cast members and guests on the show are considered same-age friends no matter their age or seniority in the real world.

As a result, the cast members suggested that Song Mino pinch Taeyang’s cheeks and talk to him informally, although Taeyang is five years older and debuted eight years before him.

Watch what happens when Song Mino finally gathers the courage to talk to Taeyang as if they’re friends: