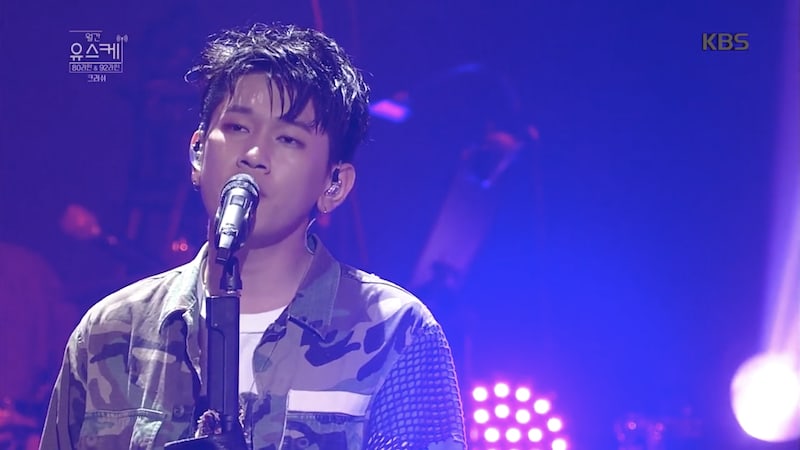 On August 27, R&B crooner Crush appeared on KBS2’s “Yoo Hee Yeol’s Sketchbook” for the first time in over a year.

On this episode, he treated the audience to the first broadcast performance of the beloved soundtrack “Beautiful” from the popular hit drama “Gobin.”

Alongside his close friends Block B’s Zico and rapper Penomeco, he appeared on the show as part of the “92 line” (people who were born in 1992) and represented their crew FANXY CHILD on the show. “80 line” artists Epik High’s Tablo, Nell’s Kim Jong Wan and singer Ha Dong Kyun also appeared on the show.

Watch Crush mesmerize the audience with his band’s jazz version of “Beautiful”:

If you haven’t yet, watch the first episode of “Goblin” below!

Crush
Yoo Hee Yeol's Sketchbook
Goblin
How does this article make you feel?