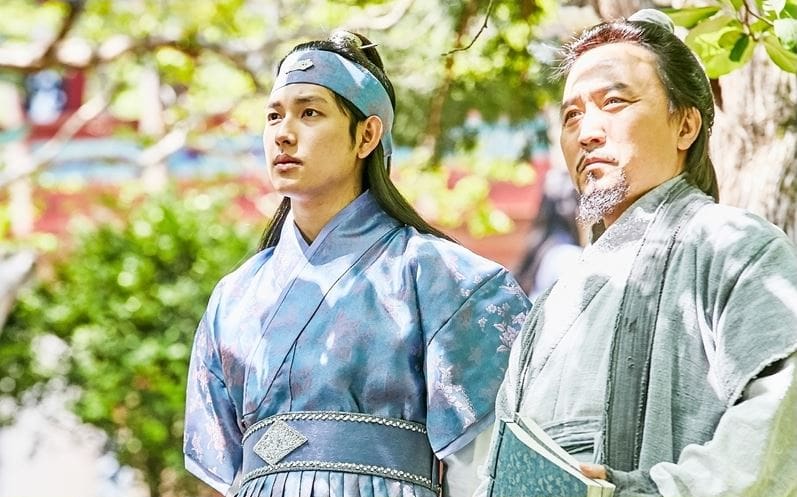 New stills have been released for the upcoming episode of MBC’s “The King Loves”!

In the previous episode, it was decided that Wang Won (Im Siwan) will become the successor of King Chungnyeol and receive lessons to become a proper king.

The new stills show Wang Won visiting Lee Seung Hyu (Uhm Hyo Seop) for these lessons. Lee Seung Hyu hands Wang Won a pair of books, which Wang Won receives with a confused facial expression. Lee Seung Hyu, on the other hand, has a satisfied smile on his face.

This scene was shot at the Buddhist temple Cheon-Eunsa in Samcheok, where the historical figure Lee Seung Hyu wrote his famous book “Jewang Ungi” (also known as “Songs of Emperors and Kings”). This is the book he hands to Wang Won in the photos above.

Viewers can look forward to finding out how Wang Won will use his new political power.

Meanwhile, “The King Loves” airs every Monday and Tuesday at 10 p.m. KST.

Im Siwan
The King Loves
Uhm Hyo Seop
How does this article make you feel?