Every case in tvN’s “Criminal Minds” is action-packed, keeping viewers on the edge of their seats. On top of that, the drama features meaningful quotes said by famous individuals, which adds another layer of depth to these cases. Let’s dig into four memorable quotes and their corresponding storylines!

“A belief in a supernatural source of evil is not necessary, men alone are quite capable of every wickedness.” – Joseph Conrad

Upon Kim Hyun Joon (Lee Joon Gi) joining the NCI and completing the team, their first case was a serial murder case. The suspect Park Jae Min (Jang Dong Joo) severely protected accomplice Ahn Sang Chul (Kim In Kwon), which amplified the mysteriousness of the case. It was because Park Jae Min was the one who got revenge on the people that tormented him. The NCI team succeeded in solving their case, due to their keen profiling skills. Kang Ki Hyung (Son Hyun Joo) in a composed and low voice, tied this case together of two individuals unfortunately dealing with their problems in a crooked way with Joseph Conrad’s quote.

“I think the devil doesn’t exist, but man has created him, he has created him in his own image and likeness.” – Fyodor Dostoyevsky from “The Brother’s Karamazov”
Murderer “Ripper” (Kim Won Hae), who was fiercely being sought by the NCI, cruelly killed Seo Hye Won (Oh Yeon Soo). The murderer made sure the husband of the victim, Kang Ki Hyung, heard the gunshot that killed his wife through the phone. Everyone was in shock when Ripper continued his brutality upon Kang Ki Hyung’s son. The above quote was said by Ha Seon Woo (Moon Chae Won), describing Ripper’s devilish doings. 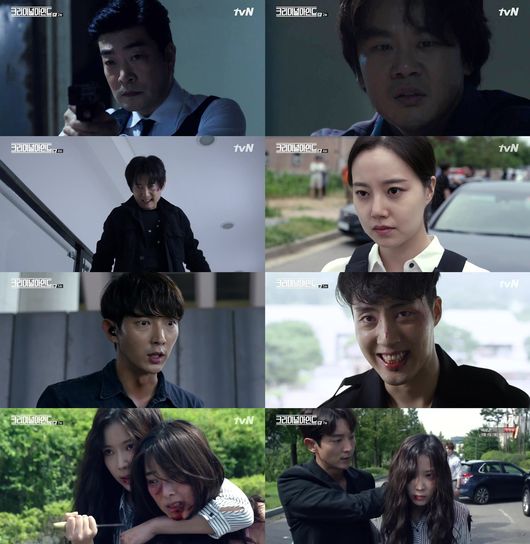 “Convictions are more dangerous foes of truth than lies.” – Friedrich Nietzsche
The case that dealt with a variant virus terror wiping away innocent citizens was especially thrilling, because if the suspect was not caught, the entire country could be in danger. The terrorist’s dream had gone unnoticed, and just because of this fact, he took his anger out on the country and its citizens. This was a case that demonstrated how an individual’s interpretation of a situation is more detrimental in context of the truth, regardless of what the truth is.

“If I make anyone of my associates bad I am in danger of getting some harm from him.” – Socrates
The murderer, who kidnapped and killed only females while sending their families gruesome videos of them getting tortured, was actually not the suspect, but the suspect’s wife, Song Yoo Kyung (Lim Soo Hyang). The perpetrator was sexually abused as a child by her step-father, and her mother ignored this fact. However, this unfortunate background does not make for an excuse for her wrongdoings. This quote was used to amplify the fact that not being able to overcome this hardship in her life not only hurt others, but also inevitably hurt herself even more.