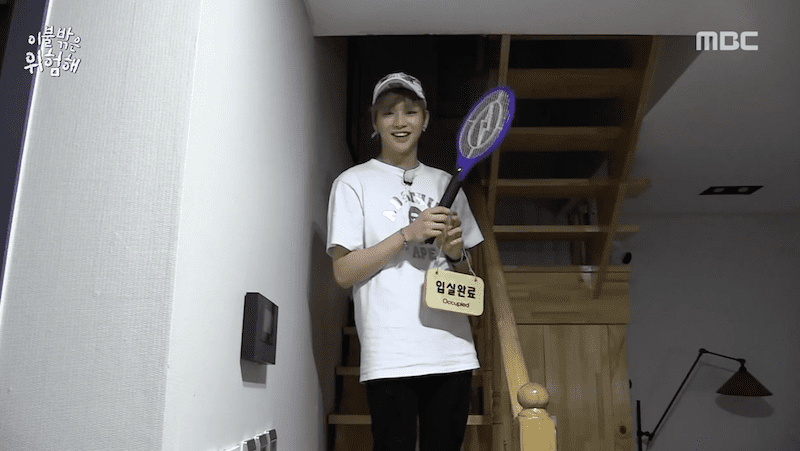 He is known for his charisma onstage, but Wanna One’s Kang Daniel is charming in a completely different way offstage.

During his appearance in the premiere of MBC’s “It’s Dangerous Beyond the Blankets,” the idol revealed just how much he hates bugs and how he can’t live without snacks.

When he arrived late at night after practice to the “staycation” house, he began unpacking his suitcase, leaving items spread out all over the place. One of the first things Kang Daniel did was to put on an anklet that would help ward off mosquitos from biting him. Another eye-catching item he brought with him was an electrocuting fly swatter, along with several cans of bug spray.

He shared, “What I hate the most in this world are bugs. To start, I really hate anything that has more legs than me.”

When he had to go downstairs to put his face masks in the fridge, Kang Daniel made sure to bring his fly swatter with him. While muttering about how many bugs there were, he softly exclaimed, “What is this!?,” when he encountered a moth on the stairs. Although he managed to carefully shock that particular insect to death, he became frightened yet again by another moth he spotted. 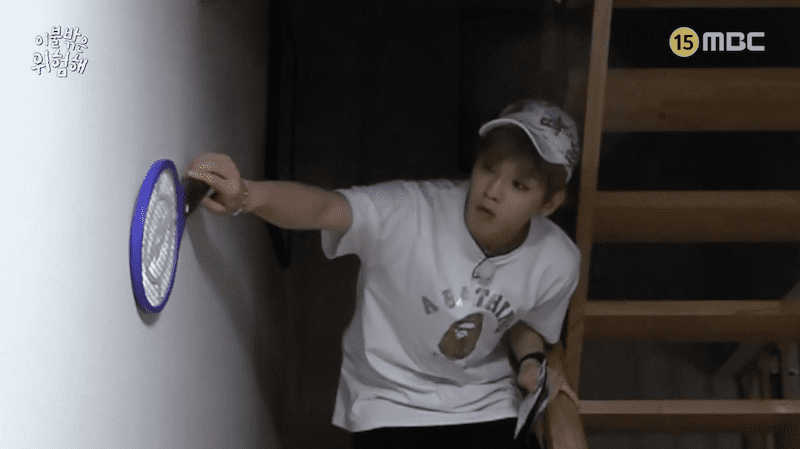 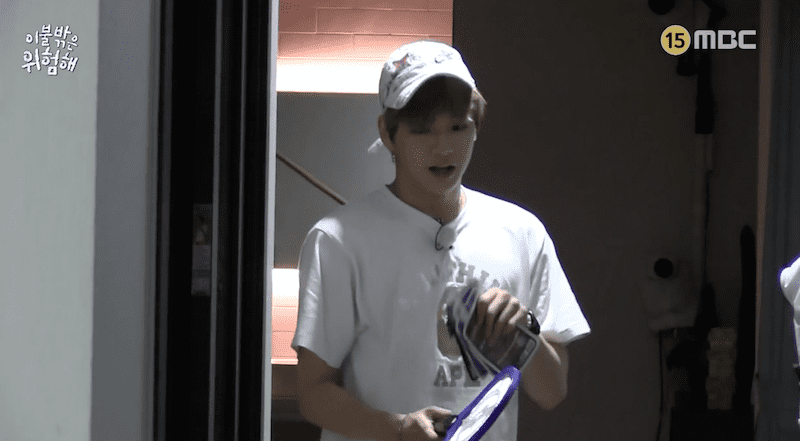 These defensive materials were not the only thing Kang Daniel packed. The majority of the idol’s suitcase was packed with ramen and gummy snacks, which were the most important things he packed according to the Wanna One member.

“I really love gummy snacks,” Kang Daniel explained. “Back at my home [in Busan], I have a snack box that I keep next to me. I fall asleep while eating, and sometimes I wake up with a gummy snack in my mouth.” Even while he was unpacking, the idol immediately ripped one of the packages open and began snacking. 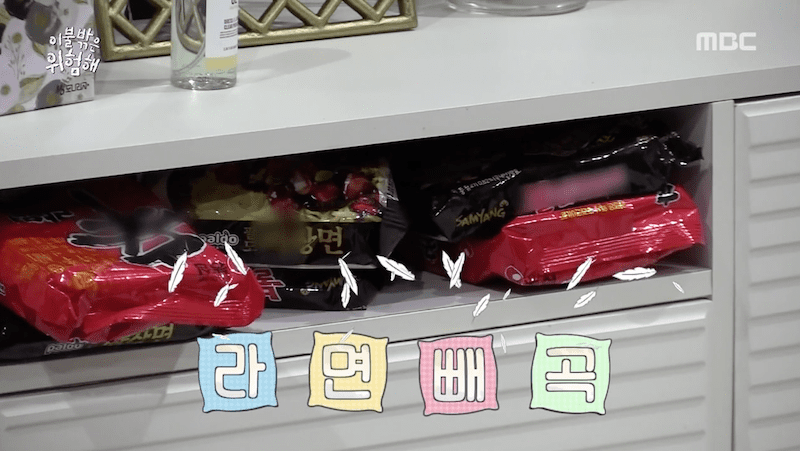 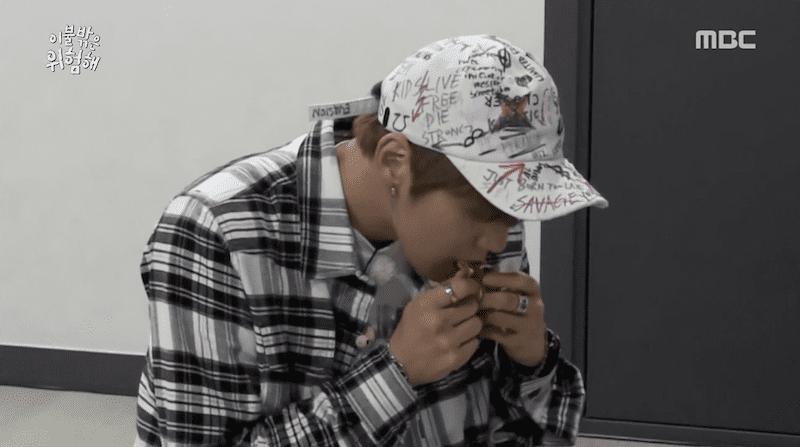 “It’s Dangerous Beyond the Blankets” is a pilot MBC variety program that showcases five celebrity homebodies—Kang Daniel, EXO’s Xiumin, Highlight’s Yong Junhyung, Parc Jae Jung, and Lee Sang Woo—going on a “staycation” together, and helps them start new hobbies like beer yoga and water volleyball. The next episode will air on September 4.

Can you relate to Kang Daniel’s hatred of bugs?