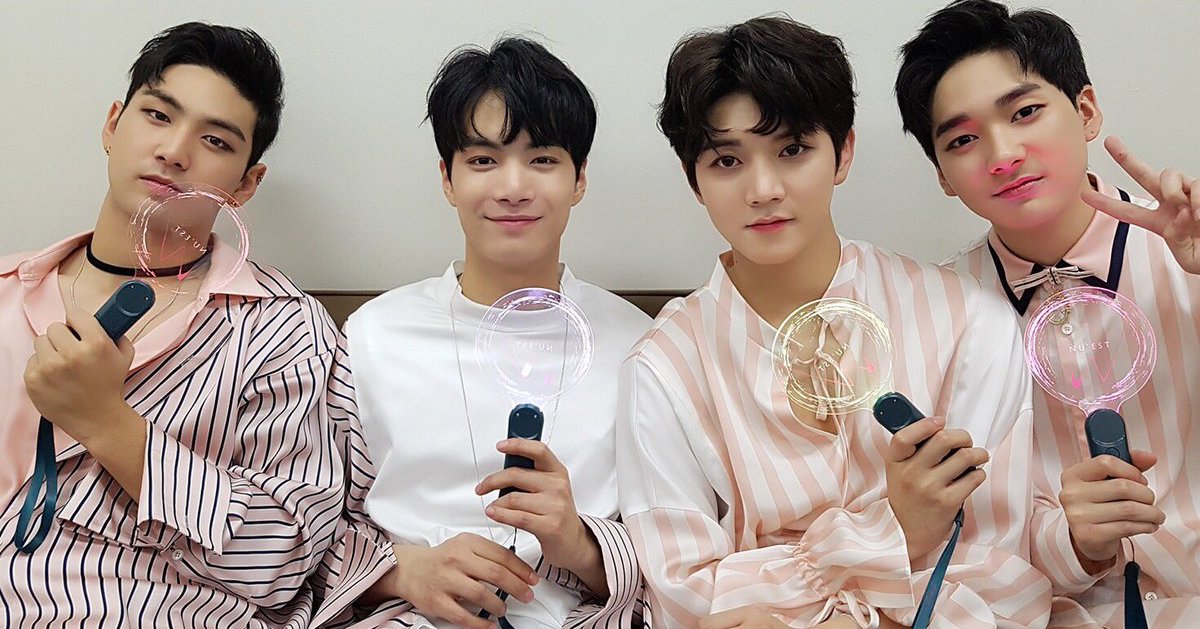 NU’EST W had a weekend filled with both laughter and tears as they successfully held their “L.O.Λ.E & DREAM” fan meeting.

With anticipation buzzing in the air, the group opened up their event with a performance of “Hello,” which enjoyed a rise in the charts after four of the members appeared on “Produce 101 Season 2.” They followed up the song with their first song as NU’EST W, “If You,” and throughout the night, they continued to enthrall fans with songs like “Face,” and “Look.” 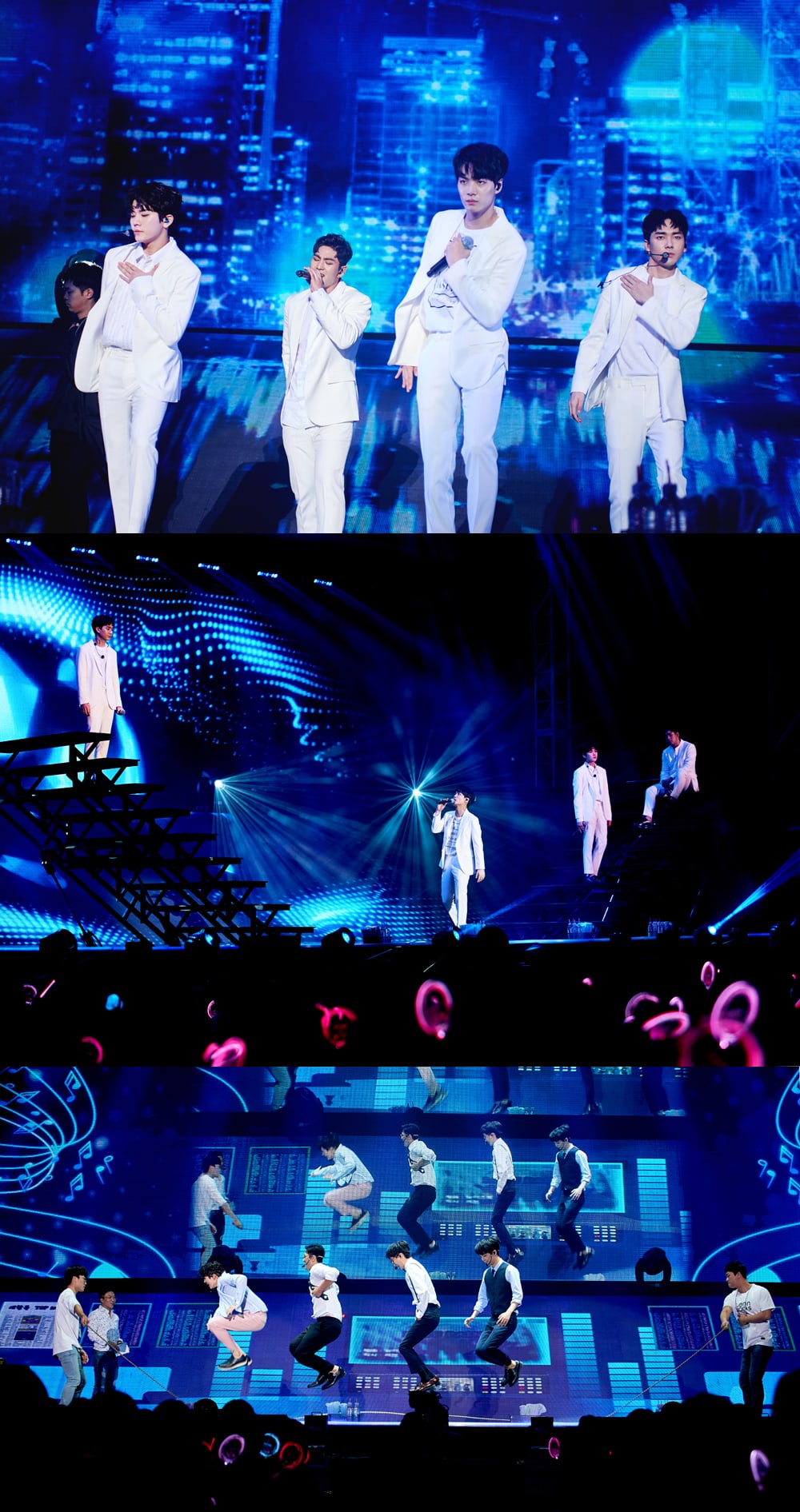 NU’EST W took a moment to sit down and open up about what they’ve been up to, as well as their hopes for the future. When the members were asked, “If you could say something to yourself five years in the future, what would you tell him?” they answered, “Be good to LOΛEs [NU’EST’s official fan club name], let’s stay with LOΛEs for 10, 20, 30 years. Give LOΛEs all your love and always do your best.” Fans were moved by the members of NU’EST W proving yet again just how much they love and care for their fans.

The members also brought the laughs when they played a video of them acting out a skit in an office setting. The members pretended to be coworkers pitching ideas for what to do for their fan meeting to make their major shareholders, their fans, happy. Following the video, NU’EST W appeared on stage wearing their skit outfits and played various games as part of an “office dinner” concept.

The event ended in happy tears as, instead of calling for an encore, the fans began singing NU’EST’s “ONE KIS2” on the first night and “Thank You” on the second night. Once the encore stage started, fans also held up banners that read, “Hello, we missed you,” and “From now on, you’ll shine brilliantly,” creating an emotional moment for both NU’EST W and their fans.

When their encore performance ended and it really was time for NU’EST W to leave, the members said, “Thank you LOΛEs. We will continue to work harder and be better singers for you. Thank you so much for coming today and we hope you keep loving us.” As fans left the venue, they were surprised to learn that NU’EST W had prepared one last gift for them as each fan was given a mobile phone ring stand that said “Dear LOΛE” on them and handwritten letters by the members. 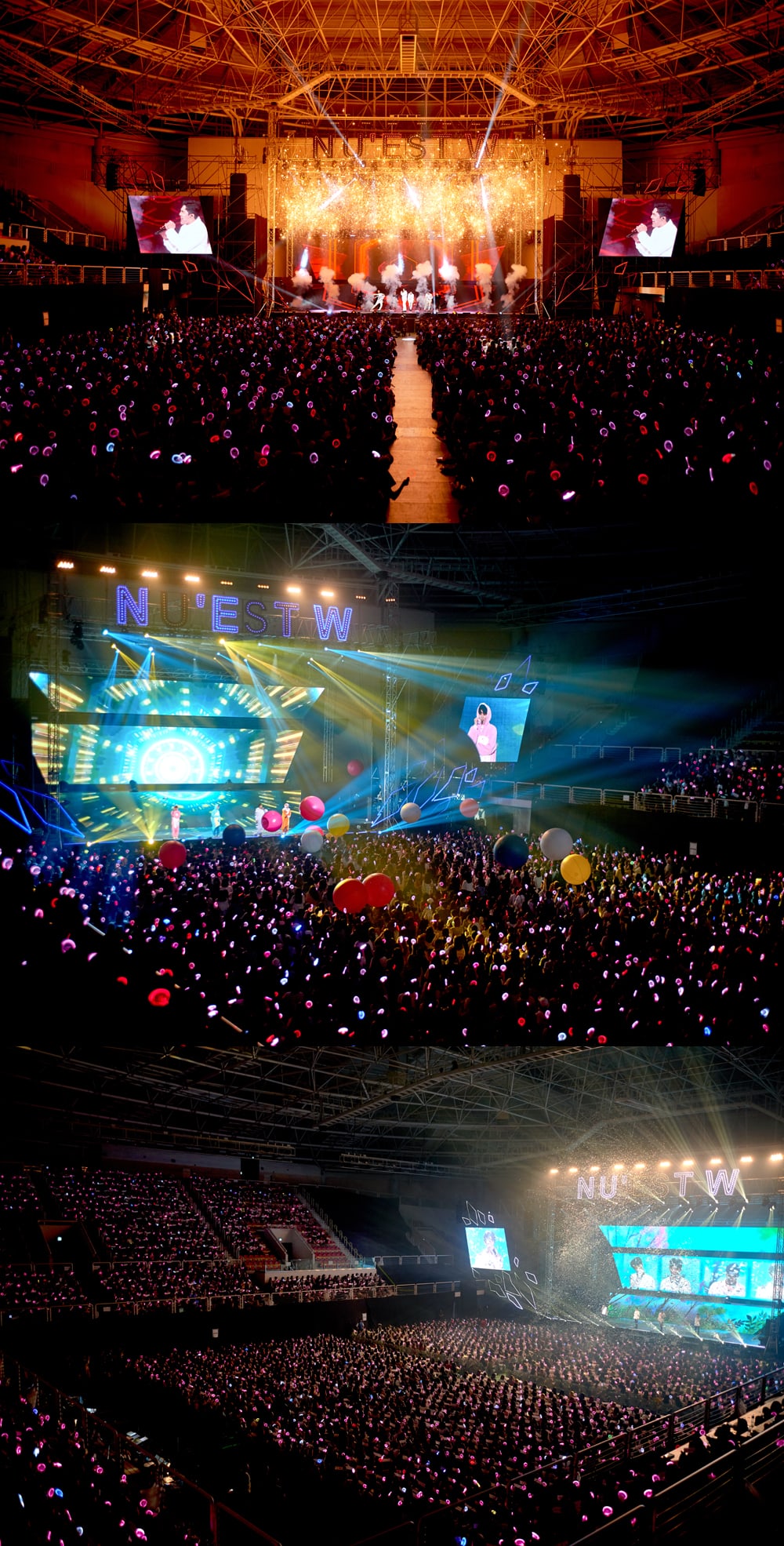 After the fan meeting on August 27, NU’EST W held a short V live broadcast to say, “Thank you to all of you who came to our fan meetings, and thank you to all the LOΛEs who wanted to come but couldn’t. We hope to meet with more of you next time. We had so much fun and it was an emotional night for us.”

The members concluded by saying, “We’re so happy. We hope that everyone who likes us is happy too,” and promised to do their best for their comeback in October.