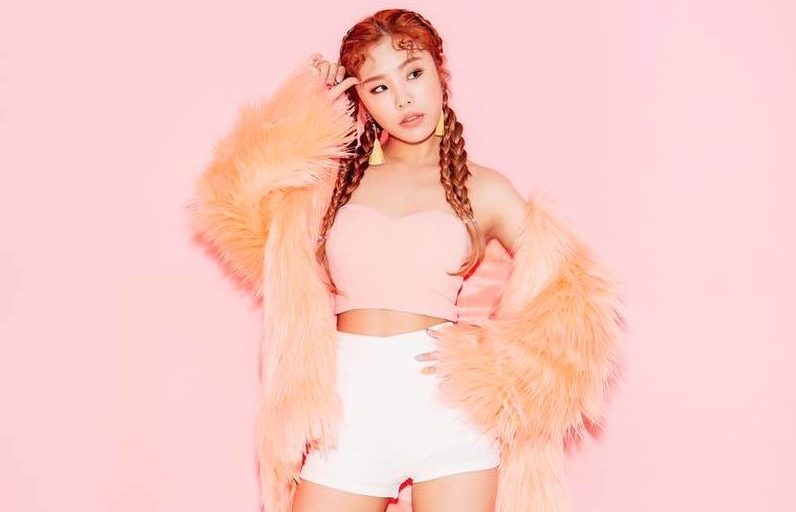 MAMAMOO’s Wheein has released an apology regarding her recent V Live+ broadcast.

On August 26, Wheein held a live broadcast through V Live+, a paid version of V Live for fans. Some viewers were troubled by her consumption of alcohol and use of inappropriate language during the broadcast. She used the phrase “mother pumpkin,” which appears to be a play on the swear word “motherfxxking.”

After the broadcast, on August 27, Wheein uploaded an apology on MAMAMOO’s official fan cafe.

Her apology reads as follows.

“Hello, this is Wheein. I’m sorry that I’m writing a post so late at night.

“During the weekend, I was curious about what our fans were doing and wanted to communicate. I thoughtlessly started a V Live+ chat and live broadcast, and I unintentionally made a mistake in my word choice. First of all, I would like to apologize. I am at fault for not understanding the meaning of the word properly. And although I am legally able to drink, teenagers are able to watch the broadcast as well, but I thought too easily of drinking alcohol because our ‘Drinking and Singing MAMAMOO’ broadcast in the past showed scenes of us drinking.

“Though it’s late at night, I am writing this post to apologize to our fans who were disappointed by my careless actions. I will work hard to think more carefully and be more cautious in the future. I sincerely apologize.”