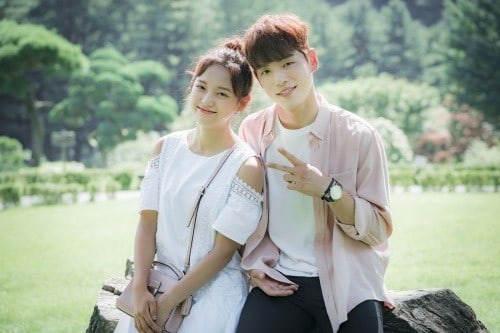 After Kim Sejeong and Kim Jung Hyun’s sweet love story kicked off in “School 2017,” the couple has received a lot of love from viewers.

It took a lot of bickering and will-they-or-won’t-they for Ra Eun Ho (Kim Sejeong) and Hyun Tae Woon (Kim Jung Hyun) to finally transition into the sweet high school couple we wanted to see them become. The couple’s name is “Tae Eun Ho,” a combination of their characters’ name, and there are a couple of reasons why they are so darn sweet. 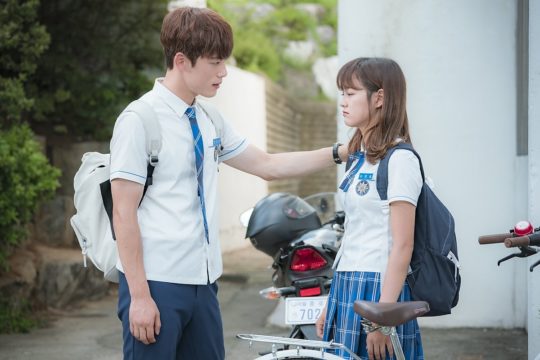 Eun Ho and Tae Woon have none of the push-and-pull, teasing relationship that can be fun but also frustrating. From the start, they have pursued their relationship sincerely and straightforwardly. Tae Woon’s confession to Eun Ho was refreshingly direct (“Don’t smile like that. My heart beats faster”). Eun Ho’s confession was equally straightforward: “I wanted to see you.” Their refusal to play coy or play mind-games to win each other over has won the hearts of viewers.

They also don’t hesitate to apologize when things get out of hand. When Tae Woon got upset at Eun Ho thinking only of her friend, as soon as Eun Ho realized how he felt, she sent him a cute apology letter with a hand-drawn picture. When Tae Woon was unable to understand Eun Ho’s situation and thoughtlessly gave her a present, his subsequent apology was also direct. Instead of trying to forget that they hurt each other, they work to help each other instead, as Tae Woon helped Eun Ho with her part-time job.

Their sincerity, ability to work past their misunderstandings quickly, and straightforwardness have made them a relatable and trustworthy couple to watch.

Their dreams are as important as their love 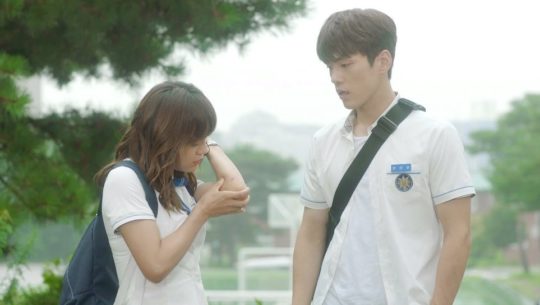 “Tae Eun Ho” do not feel compelled to give up their dreams for one another. Eun Ho gifted Tae Woon a book on motorbike design, hoping to help Tae Woon recover the dreams he lost when his friend died. “Just like you don’t forget your friend, I’d like it if you didn’t forget your dreams,” she wrote him in a letter.

Likewise, Eun Ho considered giving up on her dream to draw webtoons after her part-time job left her little time to draw. Tae Woon, however, safeguarded her dream until the end. He collected Eun Ho’s thrown-away drawings and tried drawing webtoons himself. “I’ll stay by your side. So let’s not give up and keep going until the end,” he said.

The couple knows that their individual ambitions are as important to the healthy state of their relationship as their feelings for one another. They work to keep each other’s dreams alive, strengthening their bond.

Kim Sejeong
School 2017
Kim Jung Hyun
How does this article make you feel?