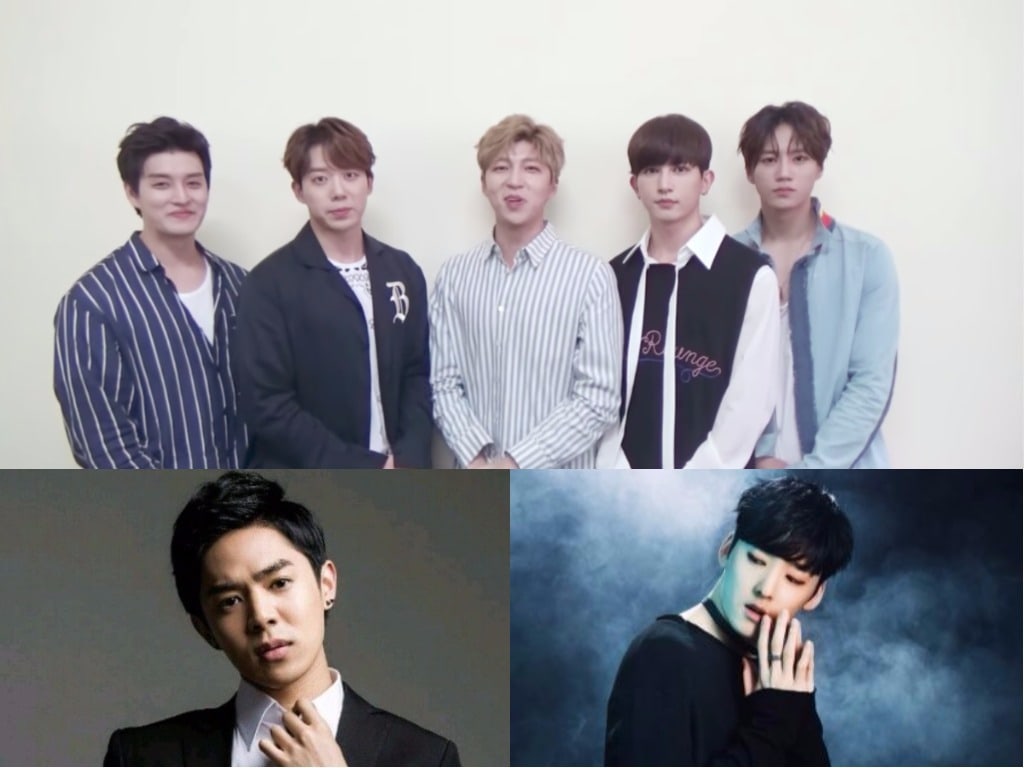 On August 28, U-KISS celebrated their 9th anniversary with new friends and old!

The five current members of U-KISS took to social media to thank their fans on the special day, including a personal video message on their YouTube channel. In the video, they talked about how much time had passed since their debut and apologized for greeting fans through a video instead of through a new album.

In their individual social media posts, they congratulated their fans and each other on reaching the 9th debut anniversary.

Thank you for KISS ME? #UKISS9thAnniversary

Former members of U-KISS also joined in the celebration, with Kevin and Alexander posting commemorative photos and long messages to fans.

My official debut began 9 years ago today with U-KISS in 2008. Although most of the members have gone separate ways, I'm glad that most of us are settling quite well in our own ways. I'm always grateful for being part of U-KISS because that gave me the good memories and spartan experience that started the spark in me. And now, the spark has turned into a burning flame. Back then, our first concert was here in Manila. Who would have thought that after my departure, after so many years, I would still be surviving and would be back here for such a great project huh? I've come a long way… and everything happened perfectly in God's timing. All the glory to God. I do not know how my future would be, but as usual, I'll do my BEST and leave the rest to GOD. Thank you everyone for supporting me all these years. It's been a long way together, and I hope we make more good memories together too. 그동안 주변에서 여러 가지로 챙겨 주신 여러분, 진심으로 감사드립니다. 초심을 잃지 않고 더욱 열심히 노력해서 더욱 빛나는 겸손한 연예인이 되겠습니다. 앞으로도 더 많은 격려와 응원을 부탁 드리며 산더를 많이 사랑해 주세요!! Happy 9th anniversary to all original members, and wishing all the best to whichever path we have chosen. God bless~❤️ #알렉산더 #감사그램 #유키스 #데뷔 #9주년 #초심을잃지말자 #Xander #UKISS #9thAnniversary #thankful #grateful #WhoSaidThisIsATaboo #ThatsMyOrigin #AllTheBestToTheBoys #50ShadesOfXander #ThisBoyIsOnFire #AllTheGloryToGod

Congratulations to U-KISS on their 9th debut anniversary!