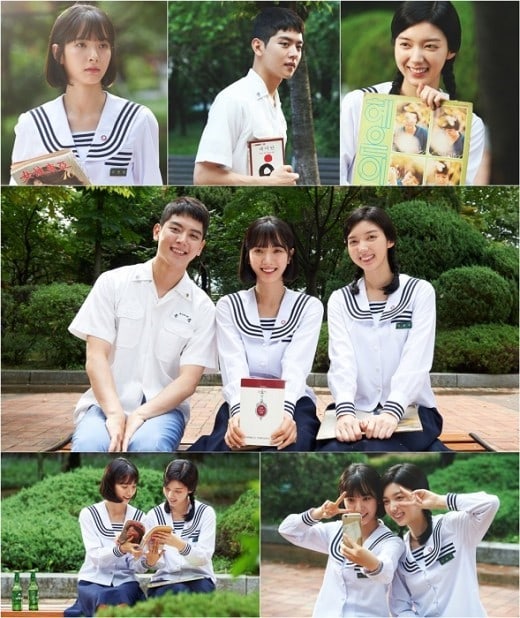 The drama, written by Yoon Kyung Ah and directed by Hong Suk Goo, is slated to begin airing on September 11. On August 25, the drama released its first teaser video, and now the production staff have unveiled the behind-the-scenes cuts as well.

“Girls’ Generation 1979” is set in Daegu in the 1970s and centers around the stories of high school girls. The drama will feature tons of throwbacks to its classic roots, especially in its music.

The actors reportedly all showed great chemistry with each other while filming the teaser. The two actresses in particular bonded through their shared curiosity over items of the past, such as old women’s magazines and LP records.

A source from the production staff stated, “Even though the drama is set around 1979, we wanted to show that the emotions and excitement of youth is the same as today. Featuring lines spoken in the natural dialect of the region as well as our actors’ talent, [‘Girls’ Generation 1979′] will be a youth drama more refreshing and lively than you’ve seen before.”