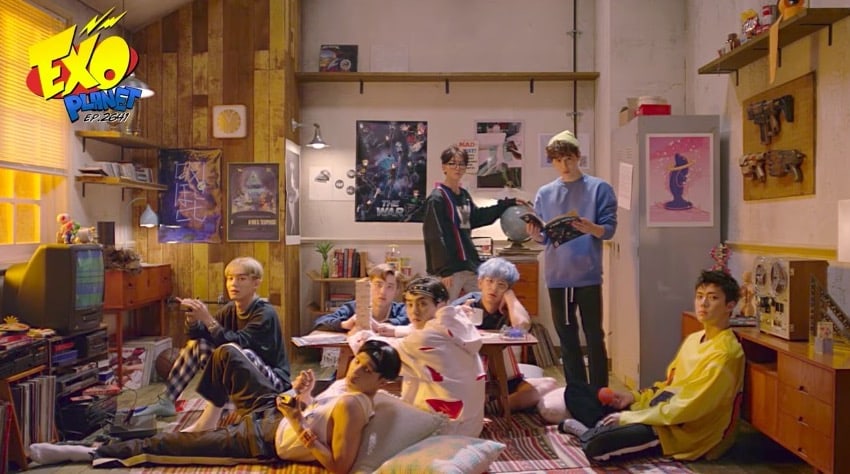 EXO has revealed a new video, a week after releasing their first “The Power of Music” clip at the time of the solar eclipse!

On August 29 at midnight KST, SM Entertainment shared a video entitled “The Power of Music #Parallel_Universe,” which features EXO hanging out together in a retro family room.

The caption on the video calls it a “2nd Message From EXO Planet,” and both the caption and video include the word “Power.”

EXO previously confirmed that they will be returning in September with a repackaged version of their album “The War.”

What do you think EXO has in store?