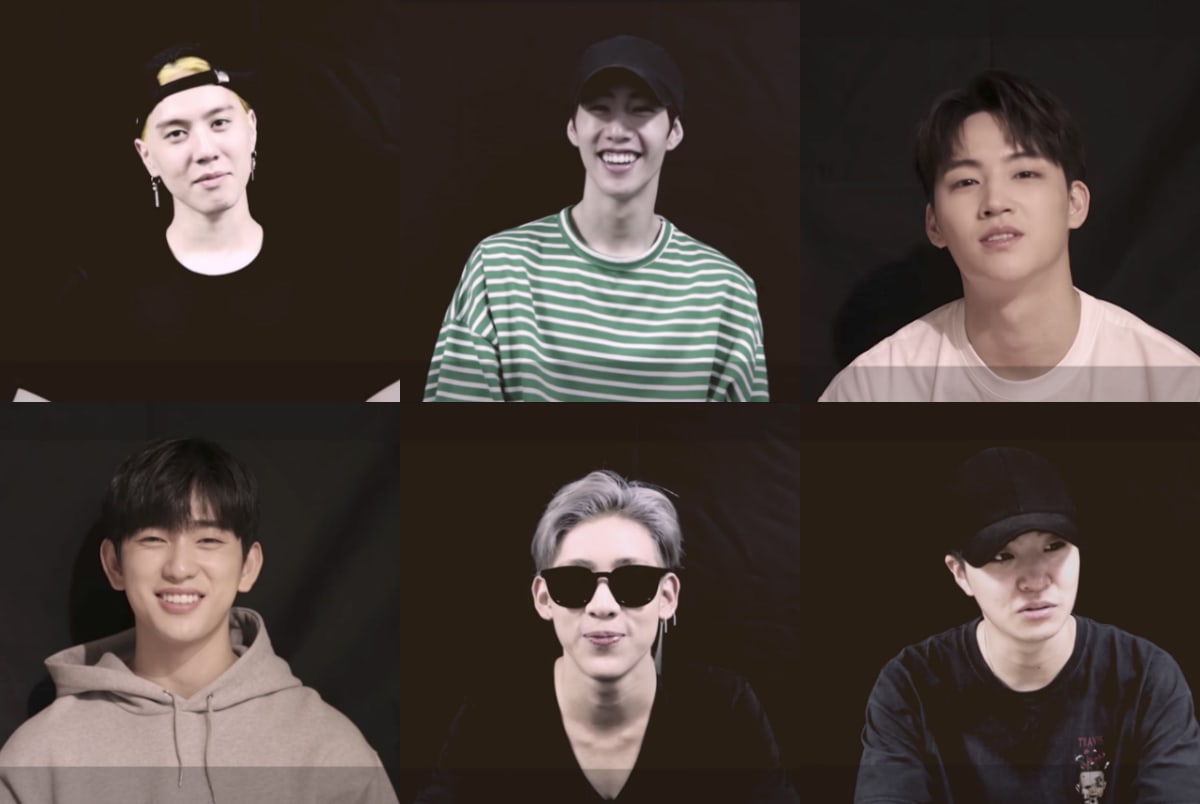 Watch: GOT7 Members Show Support For Jackson Via Video Messages

The GOT7 members filmed a surprise video for Jackson to show their support for his solo single “Papillon.”

In the adorable video, each member takes time to say unique messages of encouragement to Jackson.

Youngjae gets shy and awkward at first, then describes Jackson as an “interesting older brother” with great energy. Mark calls Jackson “a close younger brother,” his strength, and someone who sets a happy mood for the group. Yugyeom says Jackson is a friend whom he can’t imagine being without.

Jinyoung also describes Jackson as a “valuable friend,” while BamBam labels Jackson as his “teacher” who taught him many things. JB echoes the others by calling Jackson a “valuable younger brother, atmosphere maker,” and someone he can’t be without.

When asked how they will support Jackson, Mark said he will purchase Jackson’s song and listen to it, while Yugyeom said he will text Jackson telling him good job. BamBam asked Jackson to call him to grab dinner together. Jinyoung and JB both said they will listen to the song a lot, while Youngjae said he will try to sing the song and maybe change the lyrics to Korean.