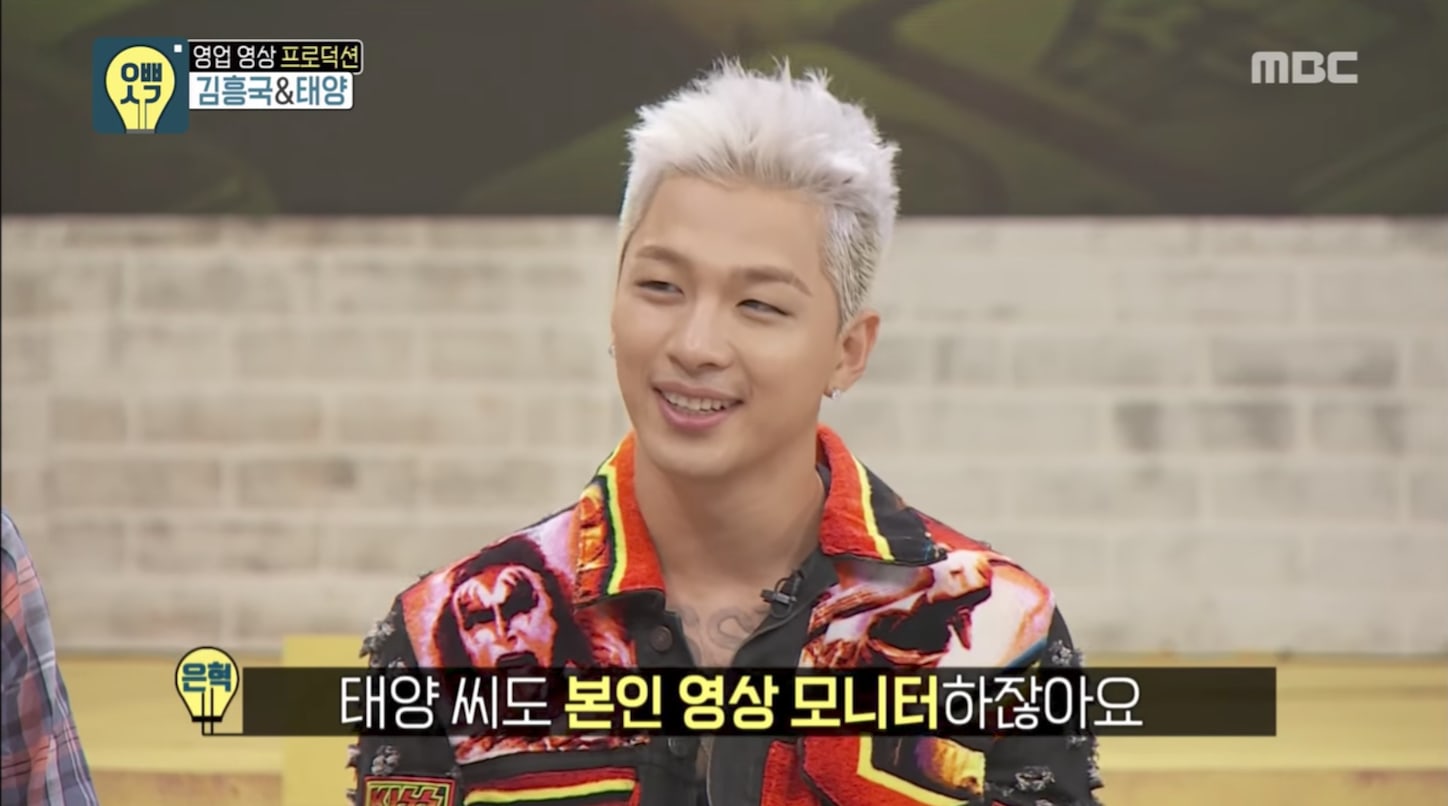 BIGBANG member Taeyang appeared on the August 28 episode of MBC’s “Oppa Thinking” where he revealed his love for dad jokes.

The artist described himself as a “fun person” who likes to tell dad jokes to those around him, which result in poor reactions. According to Taeyang, BIGBANG members refuse to laugh at his jokes because they equate laughing at his jokes with losing to Taeyang. But he named G-Dragon as the member who reacts the most, saying he lets out a smile here and there.

When asked about his girlfriend Min Hyo Rin’s reactions, he revealed, “She’s pretty unresponsive. So I try to do it more. I want to receive recognition.” The other hosts were surprised and also cheered him on saying they will eventually laugh if he keeps up his dad jokes.

Taeyang is currently busy promoting his solo album “White Night” (featuring the title tracks “Darling” and “Wake Me Up”) by appearing on various variety shows.