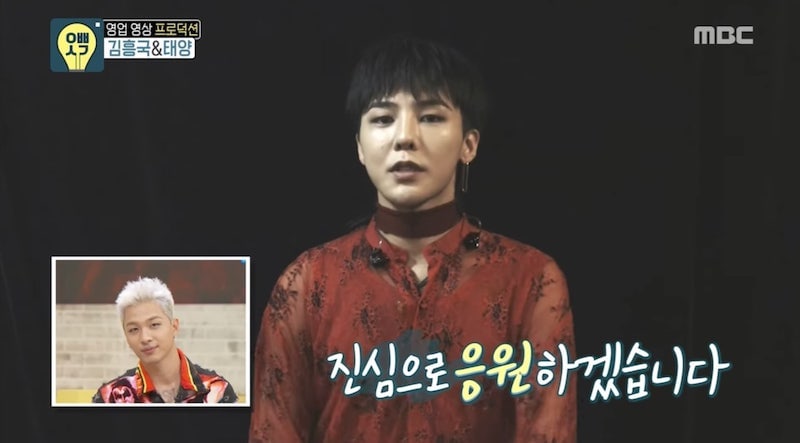 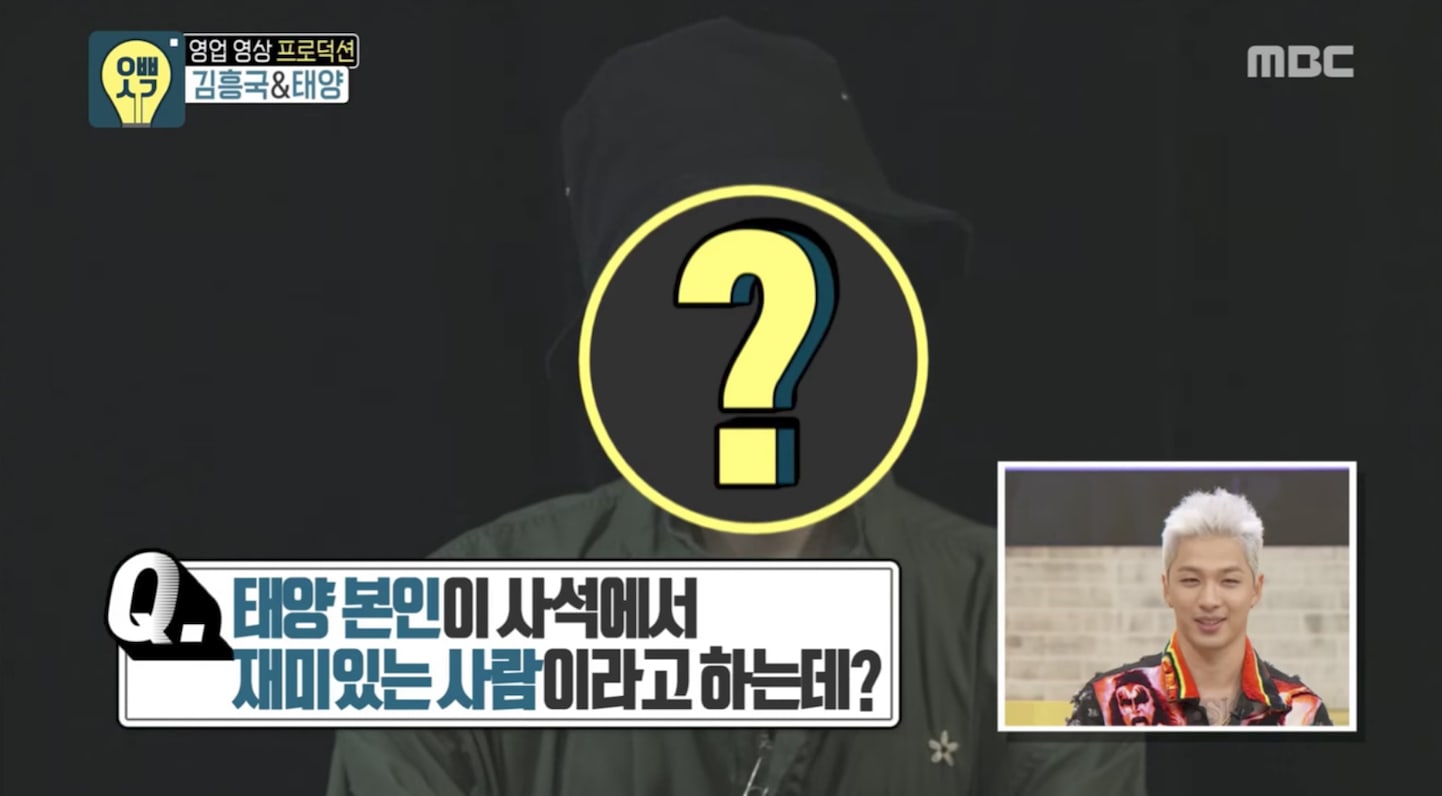 During the show, they played a VCR on the screen saying a close confidant of Taeyang was here to expose him. This secret confidant refuted Taeyang’s claims that he never gets drunk and said he has seen him drunk many times, joking that the singer’s drunk habit was trying to convince people he was funny. He also said that Taeyang doesn’t have many friends and said, “I think I’m his only friend.” 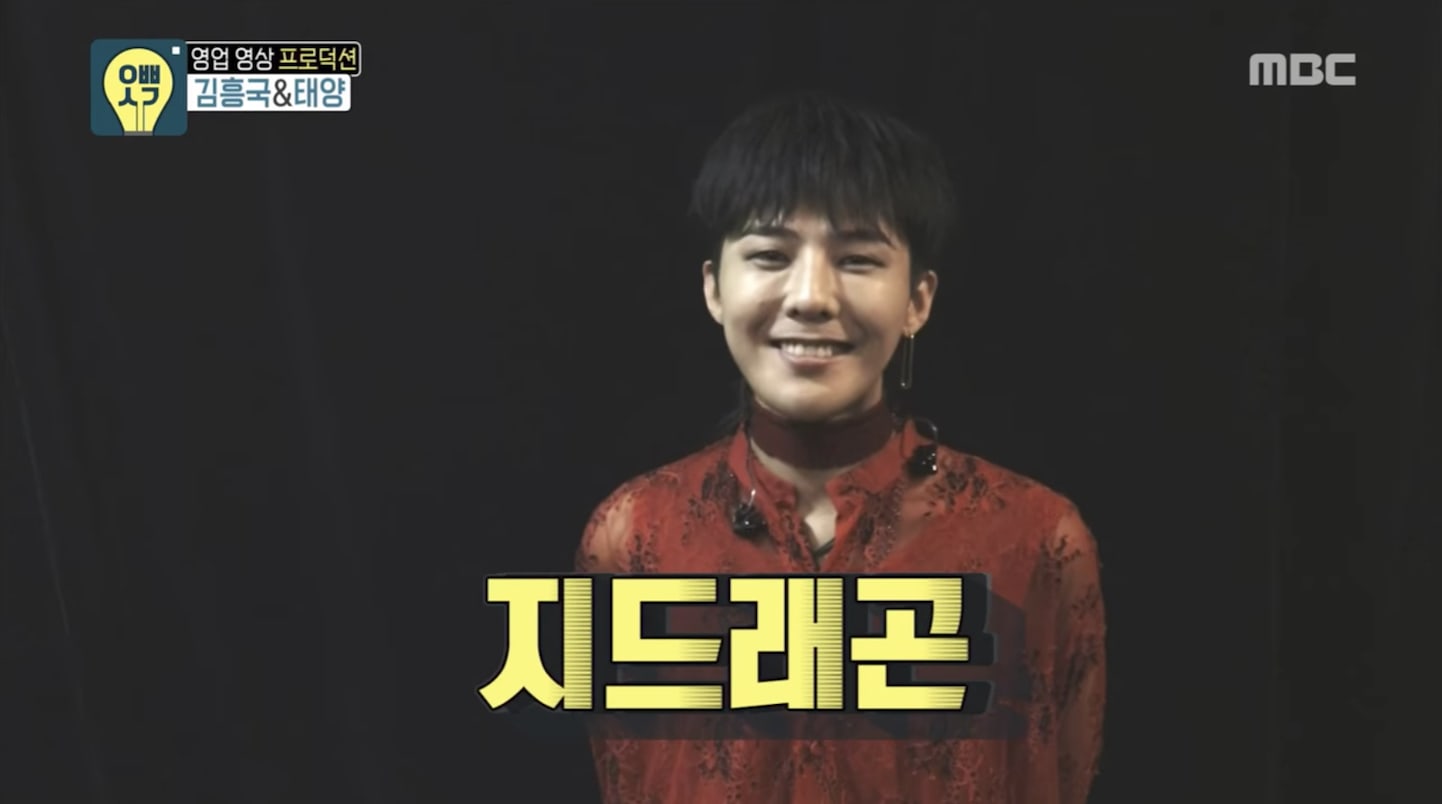 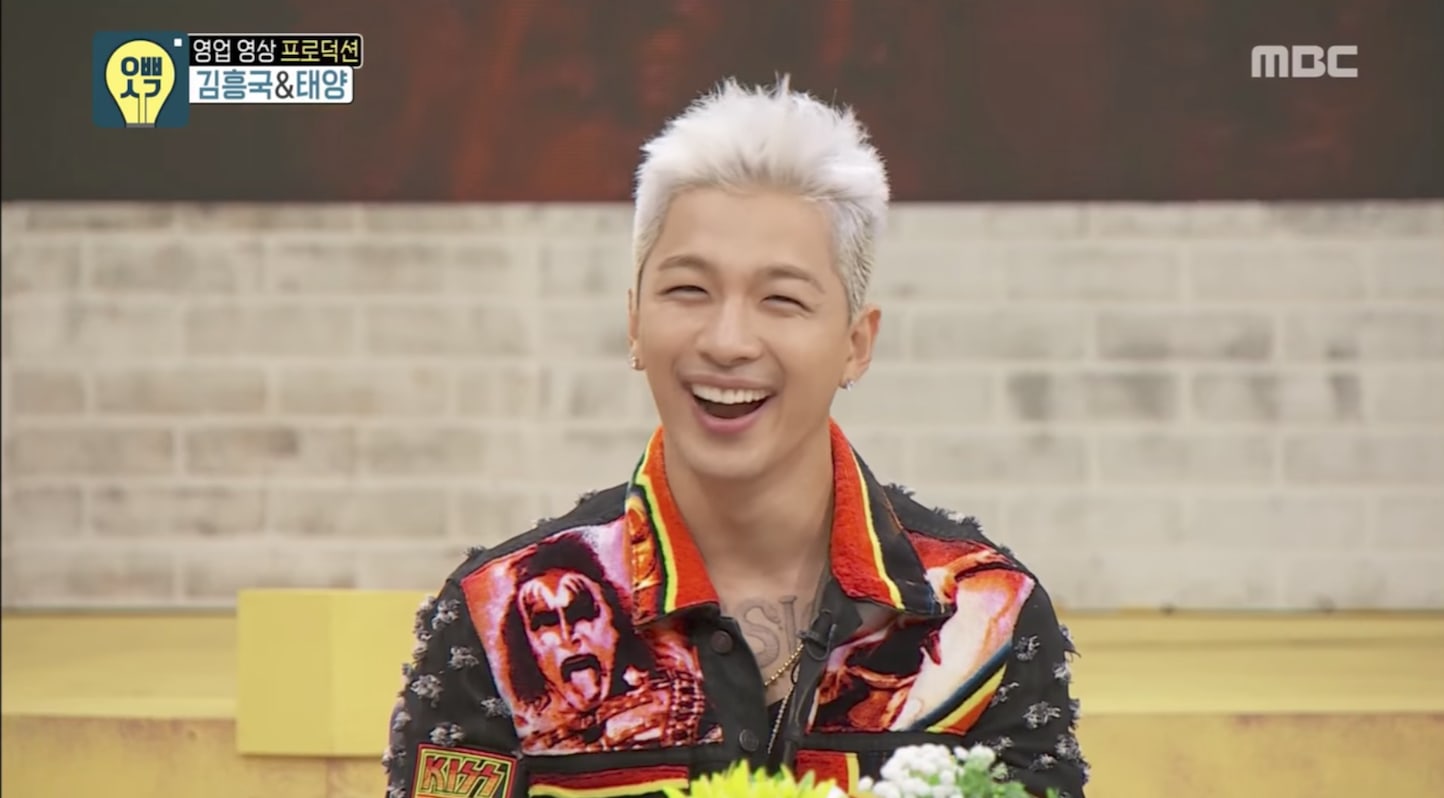 The person was revealed to be none other than G-Dragon, and Taeyang lit up when he saw his best friend’s face on the screen. Then, G-Dragon continued the interview to give words of support to Taeyang.

G-Dragon began, “Taeyang is a friend that’s like an older brother. It looked like he got really stressed while preparing for this solo album, but as his friend, I’m happy that he is satisfied with the final product. I sincerely wish for his success.”

Taeyang later talked about how he became friends with G-Dragon when he was 13 years old and has spent half of his life with him.

BIGBANG
G-Dragon
Taeyang
Oppa Thinking
How does this article make you feel?