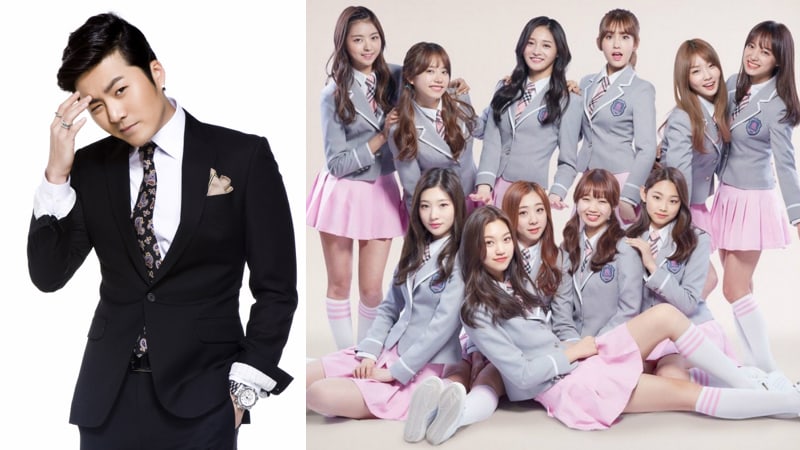 Eru Praises I.O.I And Picks Member He Would Most Like To Act With

Recently, singer-turned-actor Eru participated in an interview for his new drama, “You Are Too Much,” where he talked about how proud he is of I.O.I and who he wants to do an acting project with in the future.

First, Eru talked about his role on the drama and said, “I am really happy to be playing the role of a wealthy heir. I really enjoy being able to live a different life through a character. Although I didn’t get to spend a ton of money, I am satisfied with driving the luxury vehicles and being on set of a gorgeous house.”

Previously, the singer got a lot of attention after it was revealed that he was Famous Bro, who wrote I.O.I’s debut track “Dream Girls.” Eru spoke of his relationship with I.O.I and said, “I still talk to them from time to time, and I am very proud whenever I see them on television. I think it would be fun to act with them as well.” He picked Kim Sejeong as the person he wants to work with in the future. “I talked to Kim Sejeong a lot when we were recording because she is the lead singer. She is really hardworking, and I hope to work on an acting project with her in the future,” he said.

Kim Sejeong
I.O.I
Eru
How does this article make you feel?