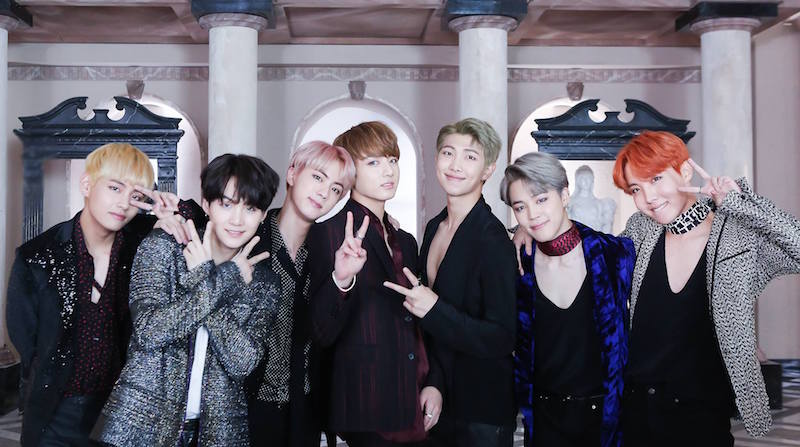 BTS Albums Sold On Amazon To Count Towards Music Charts

On August 29, BTS officially announced that fans in North America (the United States and Canada) can pre-order the group’s upcoming albums through Amazon. Fans will be able to pre-order albums and receive accompanying posters and goods without highly inflated prices and shipping rates.

A source from Big Hit Entertainment explained the reason for making the albums available via Amazon and said, “We have consistently had requests regarding album sales in the United States. Thus [the albums] will be distributed via Amazon which is the largest online market in the United States. We prepared a way for North American fans to buy albums through official means.”

Most noteworthy is the fact that this is the first time Big Hit Entertainment is officially distributing via Amazon. Additionally, the purchases will count towards Hanteo, Gaon, and Billboard charts. Previously, albums were usually just sold by third-party sellers and the sales may have counted on the music album charts if the third-party had bought from distributors who recorded purchases to Hanteo or Gaon, for example.

[Pre-order notice for ARMYs in the US and Canada]
(https://t.co/cH3GRXYKuD) pic.twitter.com/HOlOX1X6RI

Meanwhile, BTS will be making their comeback with their new album “LOVE YOURSELF 承 ‘Her'” on September 18.