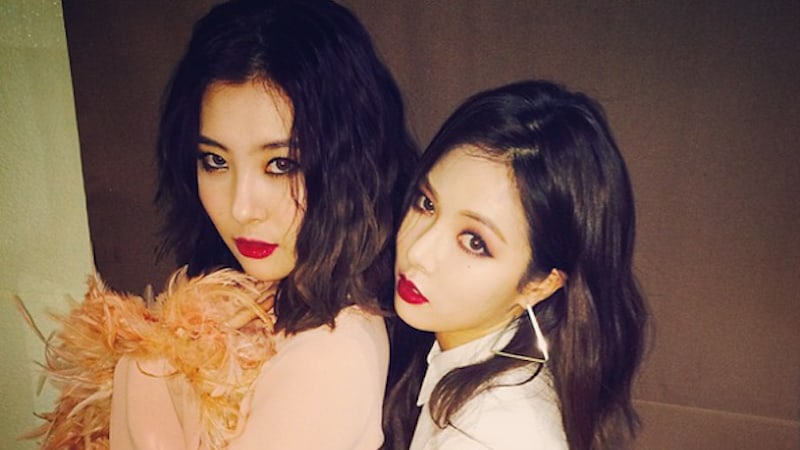 On August 29, HyunA held a press conference ahead of the release of her sixth mini album “Following.”

When asked about advice she gave to Sunmi, who recently made a comeback with “Gashina,” she shared, “Rather than advice, I cheered her on. I think Sunmi feels the same as me. I may not be able to completely know how much work she put into preparing, but I do somewhat understand.”

She added, “I did tell her to not be nervous and show what she has prepared on stage. I don’t think it will be that helpful.”

HyunA and Sunmi debuted together as members of the Wonder Girls in 2007 and maintained their friendship even after HyunA left the group after a couple of months. Recently, HyunA posted on Instagram to show support for Sunmi’s comeback.

Meanwhile, “Following” will be released at 6 p.m. KST along with the music video for “Babe.”

HyunA
Sunmi
How does this article make you feel?