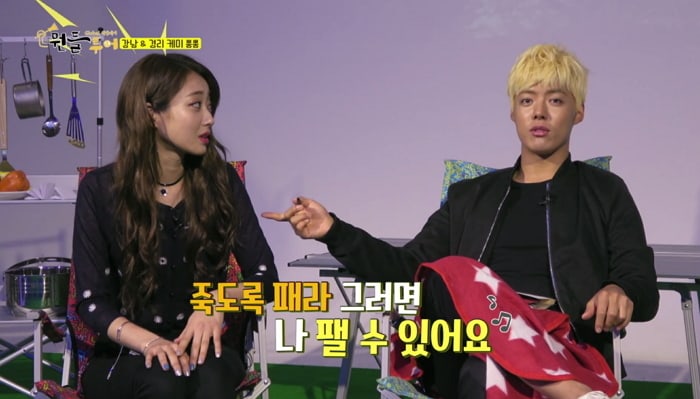 Kangnam Faces Criticism Because Of His Aggressive Language Toward 9MUSES’ Kyungri

Kangnam is facing netizen criticism after a recent episode of a Naver TV’s web variety show that he stars in with 9MUSES’ Kyungri.

The two are known to be good friends after appearing on SBS’s “Law of the Jungle” and have continued to show off their friendship through this web variety show in which they work part time jobs in Italy.

However, in a recent episode, Kangnam’s jokes have faced backlash from netizens as he joked, “I could beat her up to death if you told me to,” in response to a question that suggested a love line between the two. In response, Kyungri said with a shocked expression, “Do you really think that little of me?” and Kangnam passed over the incident with a laugh. 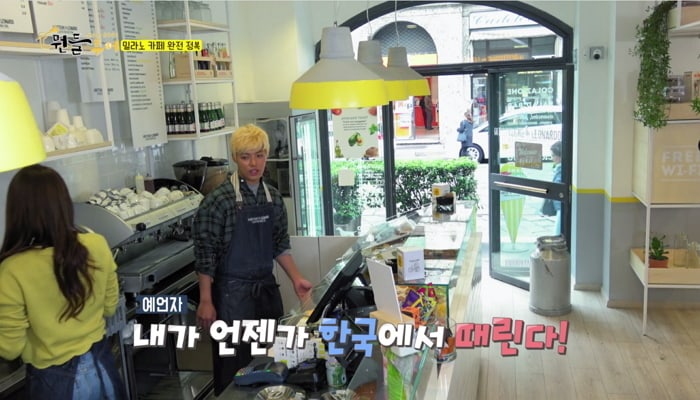 Later in the episode, when Kyungri said that she had not saved Kangnam’s number in her phone yet, Kangnam said, “I’m going to hit you someday back in Korea,” to which she said, “Were you a guy that hits girls?”

Kangnam brazenly said in return, “Nowadays you shouldn’t discriminate between men and women.”

Netizens have criticized both Kangnam for his aggressive, inappropriate language as well as the production staff of the show for airing the episode without editing these parts out.

Kangnam
Kyungri
9Muses
How does this article make you feel?