If “Game Of Thrones” Characters Had K-Pop Theme Songs

If you watch the HBO fantasy series “Game of Thrones,” you know how great the show is. But there’s one thing that could make it even better: K-pop! In honor of Season 7 of “Game of Thrones” coming to an end, here are some of the main characters on the show and their would-be K-pop theme songs.

This article contains some spoilers for “Game of Thrones” Season 7.

The only way Daenerys’s scenes could be more epic is if BTS’s “Fire” played every time she shouted “Dracarys” and started burning things down. Just like the song suggests, this queen makes her own rules — and sets a lot of fires along the way. 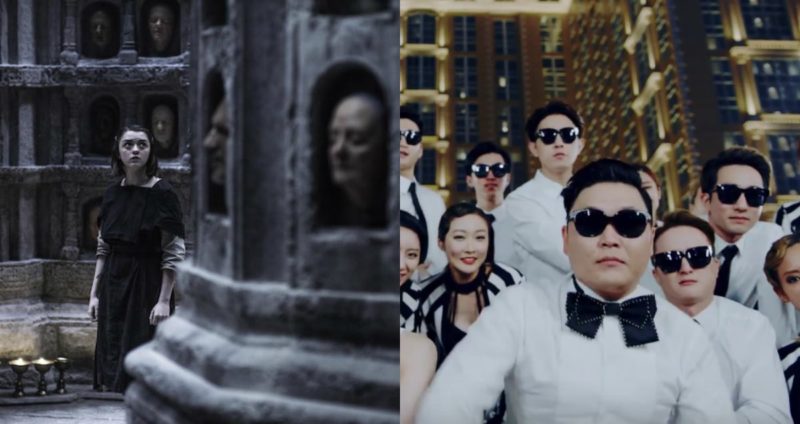 Arya has trained with the Faceless Men, learning the ability to wear the face of each person she assassinates. Now that she’s constantly adding new faces to her collection, it’s easy to see how PSY’s “New Face” is a fitting theme song for Arya. Thankfully, the song is less creepy than her power is! 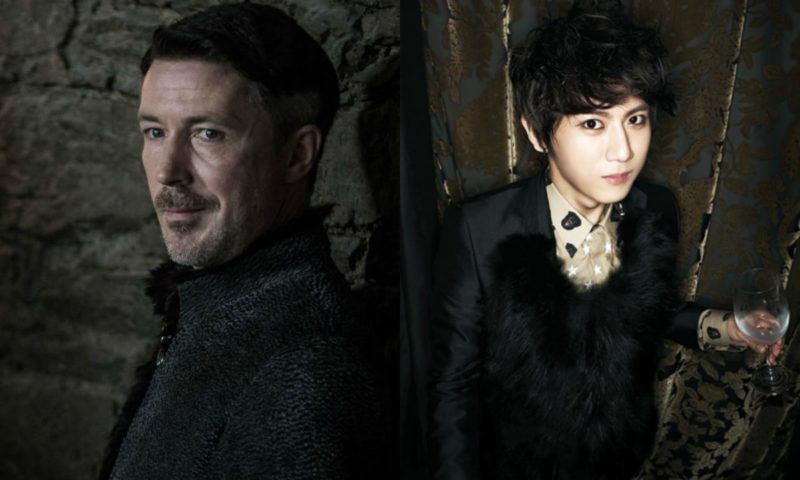 Petyr Baelish, aka Littlefinger, has secretly schemed and plotted since Season 1, accumulating power at the expense of those around him. That’s why “Trouble Maker” is the perfect song for Littlefinger; he’s certainly caused a lot of trouble for everyone since the very beginning.

NCT U’s “The 7th Sense” has mysterious, dream-like vibes that suit Bran and his magical abilities. Bran can even use his powers to view the world through the eyes of other creatures, giving a new meaning to the song’s signature phrase “open your eyes.” 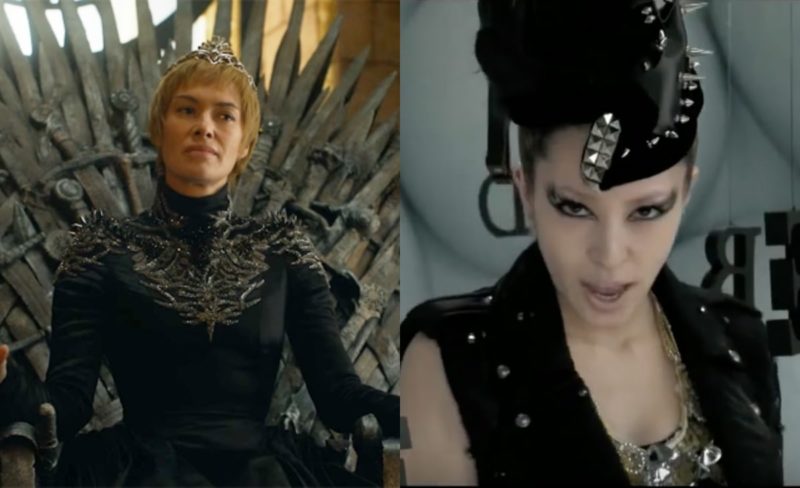 Cersei will stop at nothing to protect herself and those she loves, and just like a hurricane, she leaves a wake of destruction in her path. That’s why K-pop queen BoA’s “Hurricane Venus” is a fitting theme song for the queen on the Iron Throne. 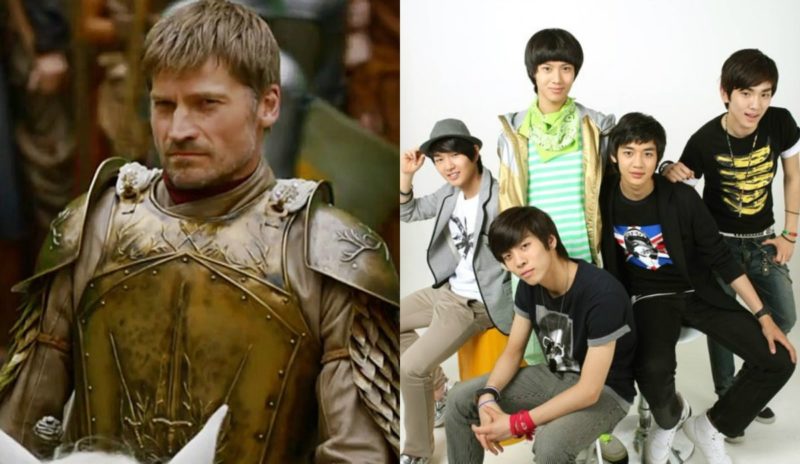 This SHINee classic is also known as “Noona You’re So Pretty.” Seeing as Jaime’s twin sister Cersei is slightly older than he is, that makes her his noona… and, well, we all know how special their relationship is. 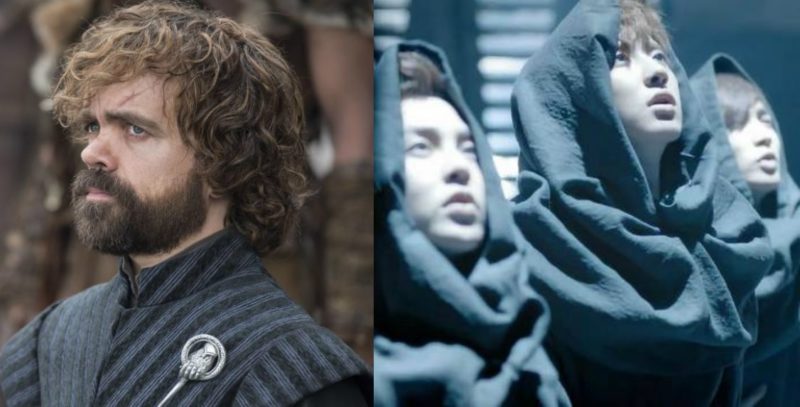 Tyrion has been rejected and spurned throughout his life, even by members of his own family. The message of “MAMA,” which asks people to accept and respect each other rather than being heartless, would resonate with him. 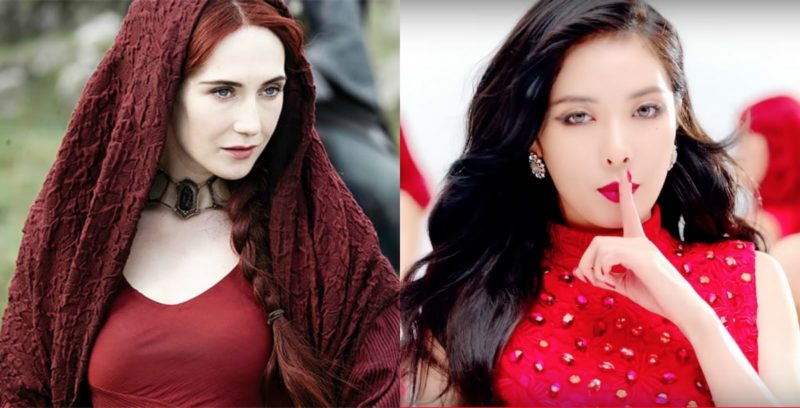 Melisandre is also called the “Red Woman,” making HyunA’s “Red” the perfect anthem for her. Plus, these two ladies in red share a similar sexy charm that makes them both irresistible! 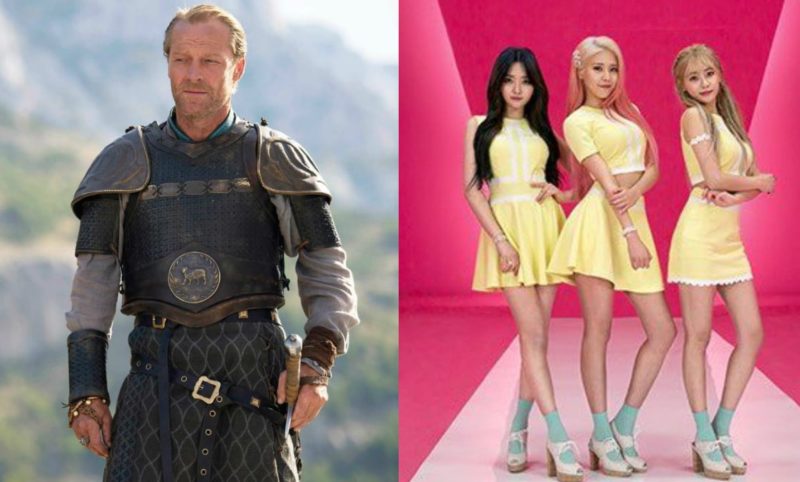 There’s nothing quite as heartbreaking as unrequited love, and Jorah’s feelings for Daenerys are still as one-sided as ever. As Dany continues to find new love interests, all Jorah can do is say “I’m Jelly Baby”!

While he does make some pretty terrible choices, poor Theon really has been through a lot. In “On and On,” VIXX sings about a tortured soul not unlike the young Greyjoy. And maybe he could take a hint from the chorus of “I need therapy” — he should probably talk to someone. 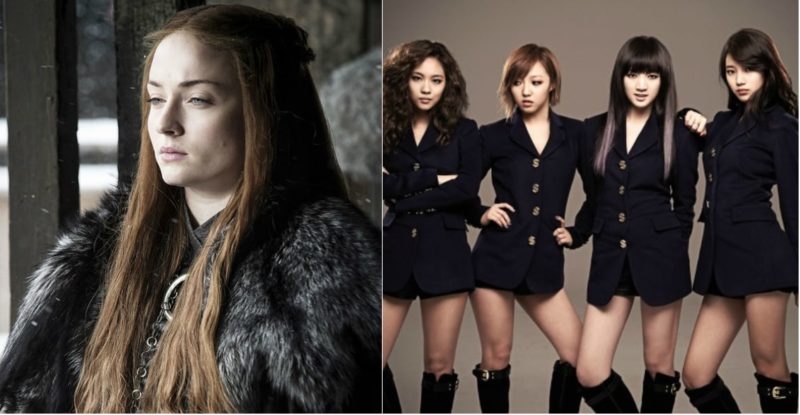 After being mistreated by multiple men in her life, Sansa is finally starting to embrace her independence, even flexing her leadership skills as Lady of Winterfell. miss A’s “I Don’t Need a Man” is the strong-woman anthem that defines Sansa’s new attitude! 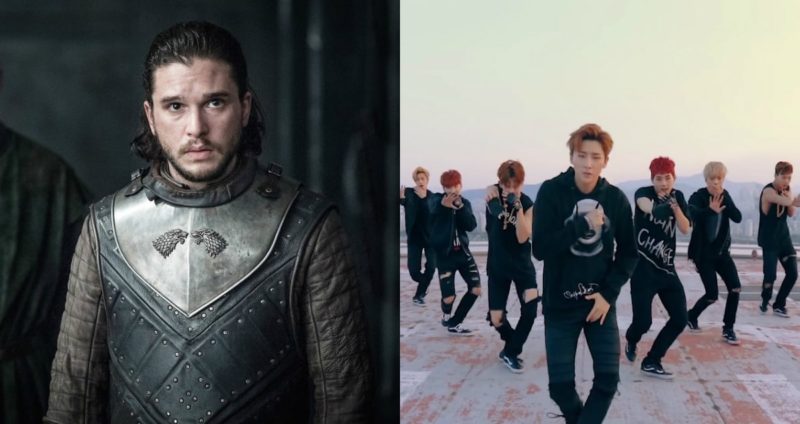 Sometimes it seems like Jon is the only one who could genuinely save Westeros — especially when other characters are too concerned with their own power struggles to care about the giant army of the dead marching towards them all. MONSTA X’s “Hero” defines Jon Snow in a nutshell: he is the hero that Westeros needs… but definitely doesn’t deserve.

Speaking of that army of the dead, let’s round out this list with its leader! Epik High’s “It’s Cold” is the K-pop theme song of the Night King because… well, just look at him.

Hey Soompiers, what do you think of these song-character pairings? Let us know in the comments below!