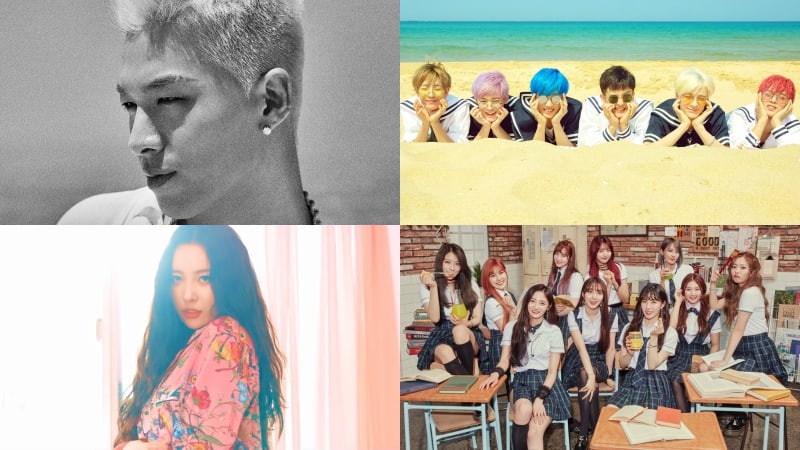 BIGBANG’s Taeyang continues his reign over Billboard’s World Albums chart for the second week in a row!

On August 29, Billboard released their weekly charts for the week ending in September 9. On the World Albums chart, Taeyang sits at No. 1 once again with his album “White Night,” which made its debut in the top spot last week. The album is also at No. 18 on the Heatseekers Albums chart, and No. 42 on the Independent Albums chart.

NCT Dream’s new mini album “We Young” (featuring the title track of the same name) has made its debut on the World Albums chart at No. 3.

Coming in at No. 5 is PRISTIN’s new mini album “Schxxl Out,” which includes the title track “We Like.”

Meanwhile, Sunmi’s new hit track “Gashina” has made its debut at No. 3 on the World Digital Song Sales chart.

BIGBANG
PRISTIN
Sunmi
Taeyang
NCT DREAM
How does this article make you feel?