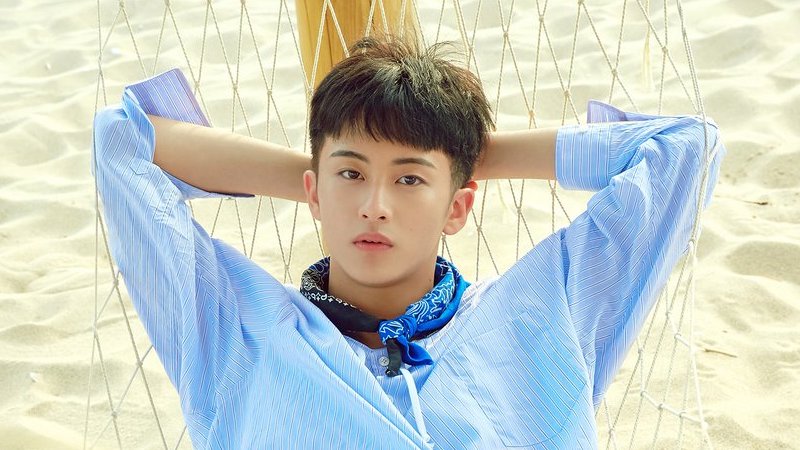 NCT member Mark recently sat down for an interview, where he talked about his group, music, and rap competition programs.

The interviewer asked Mark about his appearance on Mnet’s “High School Rapper,” and his thoughts behind the decision to participate in the show. Mark answered that because it was a show just for high schoolers, he asked himself, “If I don’t go on it now, when will I ever be able to do it?,” and said he still uses the things he learned while competing on the show.

Mark admitted he faced “a lot of pressure” while competing in the show as a singer who already debuted. However, he also shared the positive aspects of participating, such as being alongside rappers his age. He said,”Luda, Yang Hong Won (Young B), Oh Dam Ryul, and more, all made a big impact on me. It helped a lot gaining the experience of competing with them.”

However, despite it being months since the show has aired and wrapped, he confessed that he did not watch himself on the show. He explained, “The other day I gathered a lot of courage to watch myself, but I saw a lot of places where my skills were lacking, so I couldn’t take my hands off my [eyes]. I need to try harder. When I feel like I have grown a lot, I will confidently search and watch my clips.”

Since the idol appeared on “High School Rapper,” it’s natural to wonder if the next step will be to audition for “Show Me The Money.” Mark answered, “Well, I don’t know. That seems like something far away. I can’t say I will never do it,” and said he wants to be a much more improved version of himself when he does appear again in a rap competition program.

Mark (NCT)
NCT DREAM
How does this article make you feel?