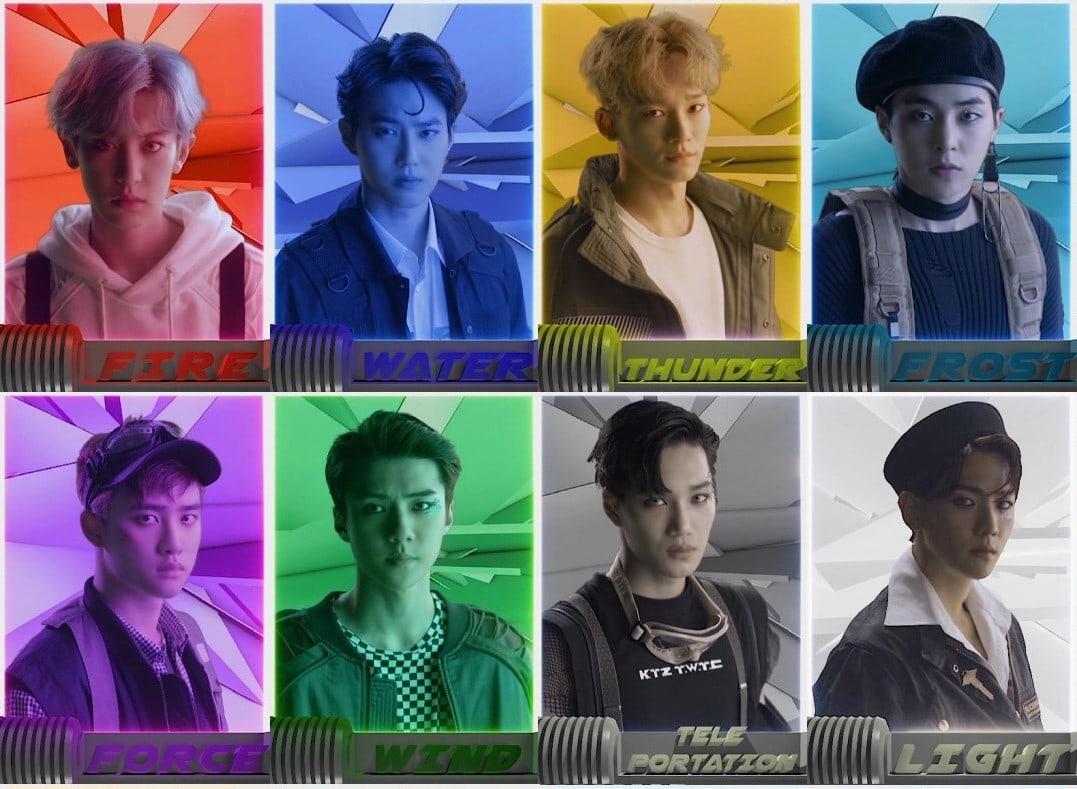 EXO has finally revealed official details for their September comeback!

Their upcoming release is titled “THE WAR: The Power of Music,” and is a repackaged album of the group’s fourth studio album that dropped earlier this July.

The title track will be “Power,” and is described to be an addictive EDM track that energizes you with its dynamic synth sounds and drum beats. The album will feature two other new tracks in addition to the title track, along with the original nine tracks that were included in “The War” for a total of 12 tracks.

In addition to this news, EXO also dropped another teaser on August 30, and gave a more detailed look at the overall concept of this comeback. In “POWER #RF_05,” “power orbs” with each of the members—sans Lay—’ symbols and respective superpowers are shown in a profile-like manner as a robotic voice says a series of phrases. However, Baekhyun’s “power orb” appears to be missing, confirmed with the phrase, “WARNING: Failure to Obtain Target’s Power Orb of Light.”

Many are looking forward to seeing how the story will unfold, as it appears to be a continuation of the world-building that EXO has been developing through their teasers and comebacks since their very first teaser back in 2011.

“THE WAR: The Power of Music” will be released on September 5, at 6 p.m. KST. In the meantime, check out the other two teasers that EXO has released, one titled “Total Eclipse,” and another called “Parallel Universe“!