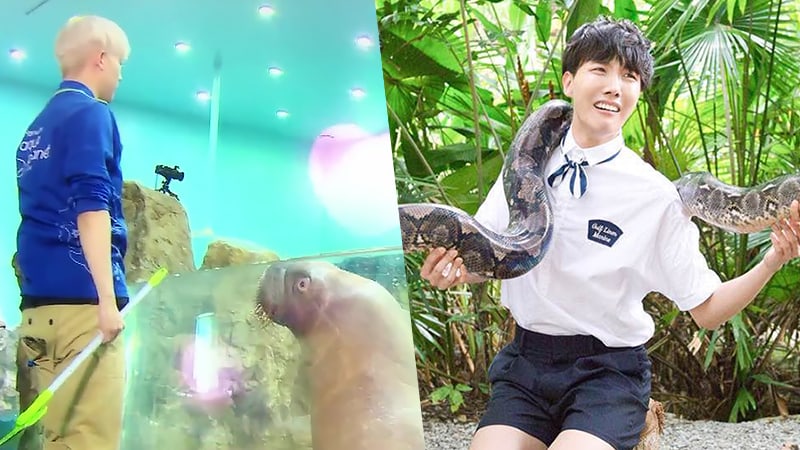 Encountering The Wild: 7 Hilarious Interactions Between Idols And Animals

K-pop idols always look flawless on stage, so it is amusing when fans get to see their unfiltered interactions with animals! The unpredictable is bound to happen, and many times someone is left running scared, or the idols end up falling completely in love with their critter counterparts.

Of course there are times when the animals are who want to run away scared,

Pray for my girl coco she aint dead but she about to be if they keep holding her like this pic.twitter.com/HAZ2m07fN2

Or there are times when the animals are the ones who fall in love! 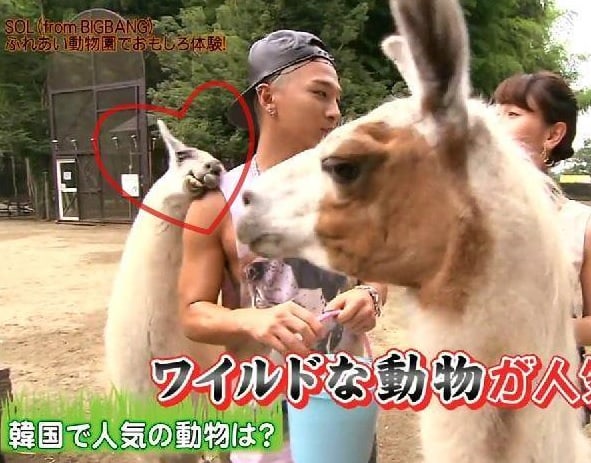 Either way, if you are a lover of both idols and animals, then this short list of hilarious idol/animal interactions is for you!

1. When Sungjae and Joy were overwhelmed by friendly primates.

BTOB’s Yook Sungjae and Red Velvet’s Joy got up close and personal with a troop of monkeys on “We Got Married.”

2. When B.I and Jinhwan got to watch hyper puppies.

The two members of iKON quickly realized how hard puppy sitting can be during one of their appearances on “Mari and Me”!

3. When Ravi realized there was no way he could win over everyone.

Fans may be falling for Ravi all the time, but he had a hard time winning over Mozzi when the members of VIXX met her on M2’s “Take a Break.”

4. When V tried to trick a dog by being mischievous.

Taehyung is known for his playful spirit, and he didn’t miss the chance to tease the pooch assigned to him during BTS’s appearance on “My Pet Clinic”!

Some of the UP10TION members endured hilarious dog antics while competing for the pooches’ affection on “UP10TION Please.”

Check out the adorable episode below!

6. When MONSTA X met an array of animals during their visit to an aquarium on “MONSTA X-Ray 2.”

I.M and Shownu were not prepared for how curious the racoon family was going to be when they first entered the masked mammals’ enclosure.

Kihyun, on the other hand, fell in love with the adorably clingy coons.

Jooheon also found true love when Barya, a charming walrus, fell head over heels for him!

7. When Sejun got spooked by his photo partner.

VICTON’s Sejun got the scare of his life when he had to take a selca with an ostrich on “Tour Avatar”!

After he got over his initial fright, he quickly became impressed by the friendly ostrich’s selca posing skills.

If you can’t get enough of these performers’ entertaining critter encounters, than check out this amusing compilation of idols getting spooked by all types of creatures!

Don’t miss out on the comical sequel to the above compilation if you are an animal-adoring fan:

Which interactions between idols and animals are your favorites? Share your top moments in the comments!