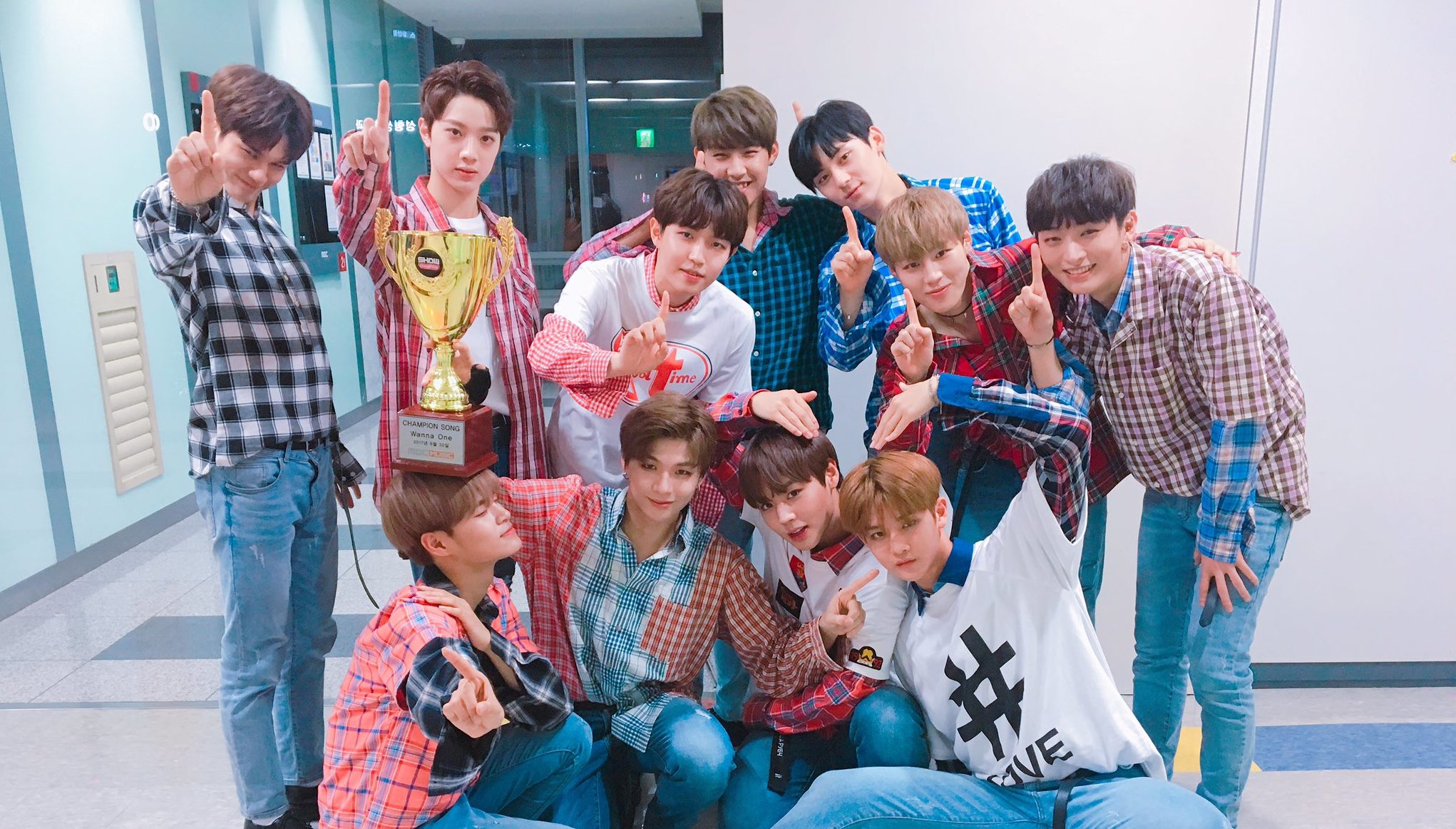 Watch: Wanna One Takes 13th Win And Triple Crown For “Energetic” On “Show Champion,” Performances By HyunA, Sunmi, And More

Wanna One has grabbed another trophy for “Energetic”!

On August 30’s episode of “Show Champion,” Wanna One’s “Energetic” was in the running for first place along with Sunmi’s “Gashina,” EXO’s “Ko Ko Bop,” GFRIEND’s “Love Whisper,” and Yoon Jong Shin’s “Like It.”

Wanna One took the win, earning their 13th trophy for “Energetic”! Today was the group’s last performance on “Show Champion” for this promotion cycle, and so they also performed their songs “Wanna Be (My Baby)” and “Always,” including special messages of love and appreciation for their fans.

Wanna One is the first artist in 2017 to win three weeks in a row on “Show Champion,” earning them what is called a triple crown!

On behalf of Wanna One, Ha Sung Woon said, “Thank you so much to YMC’s Cho Yoo Myung and all the staff who work so hard for Wanna One. Thank you also to ‘Show Champion.’ To my members, you’ve worked so hard. To our Wannable, who’ve brought us to this spot, thank you so much!” During the group’s encore, they also bowed to their fans in gratitude.

They later tweeted photos from backstage to celebrate, and thanked everyone again!

Watch their special performances of “Wanna Be (My Baby)” and “Always,” as well as “Energetic” below, and also their win and encore!