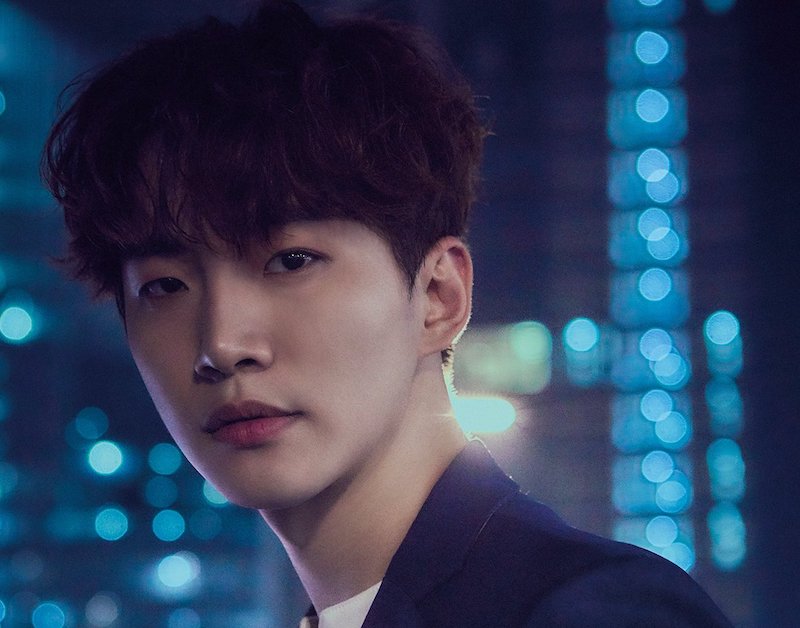 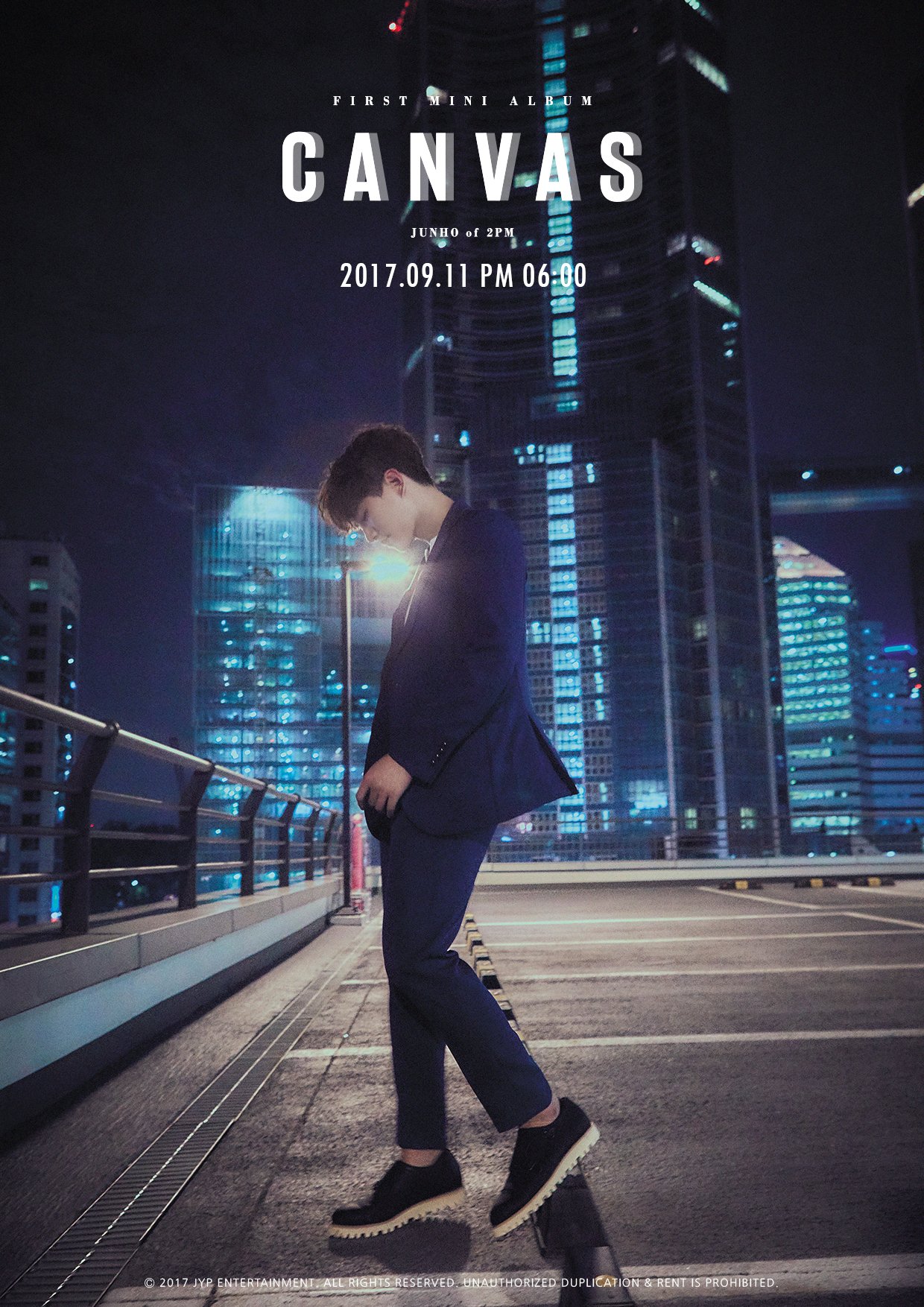 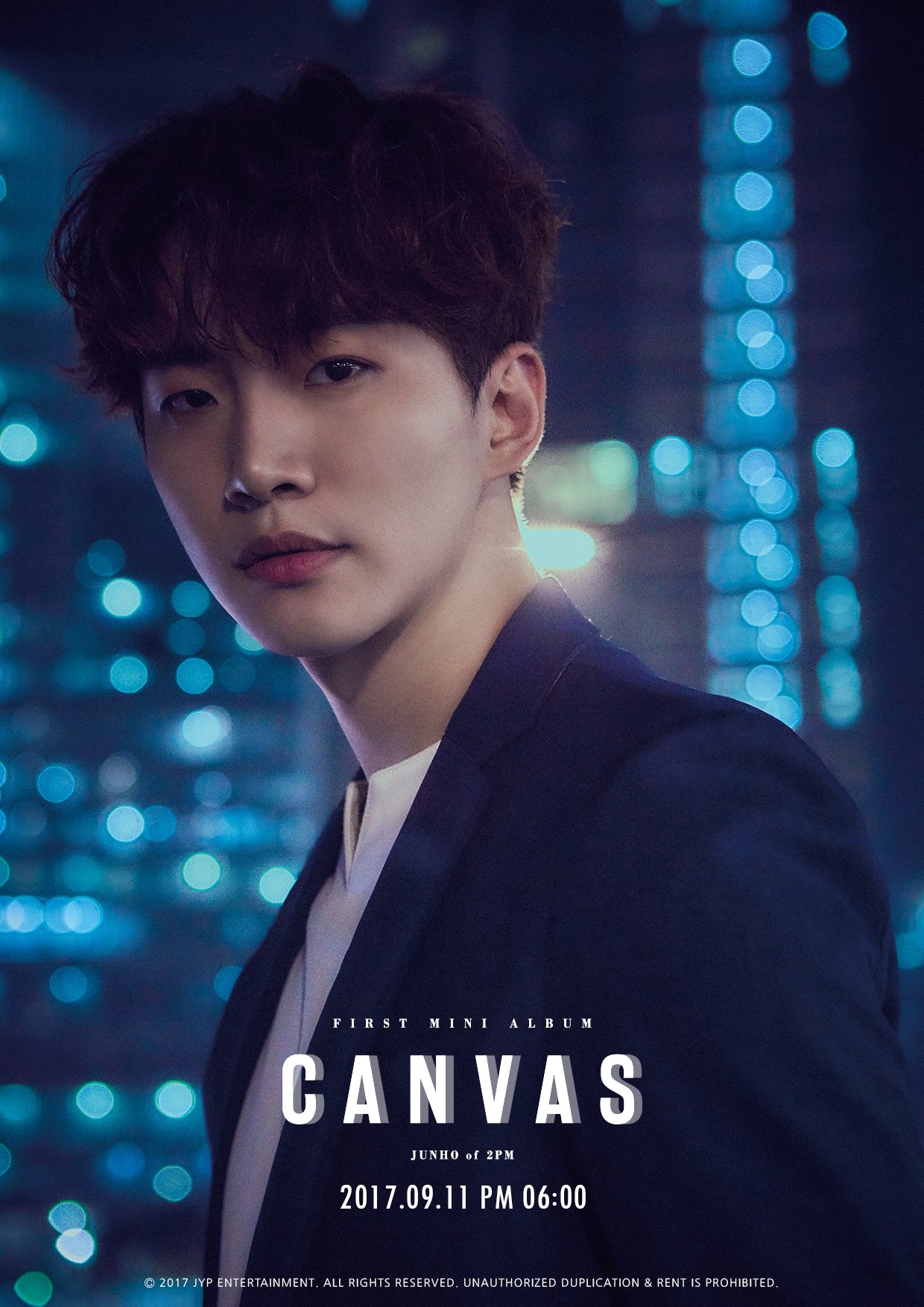 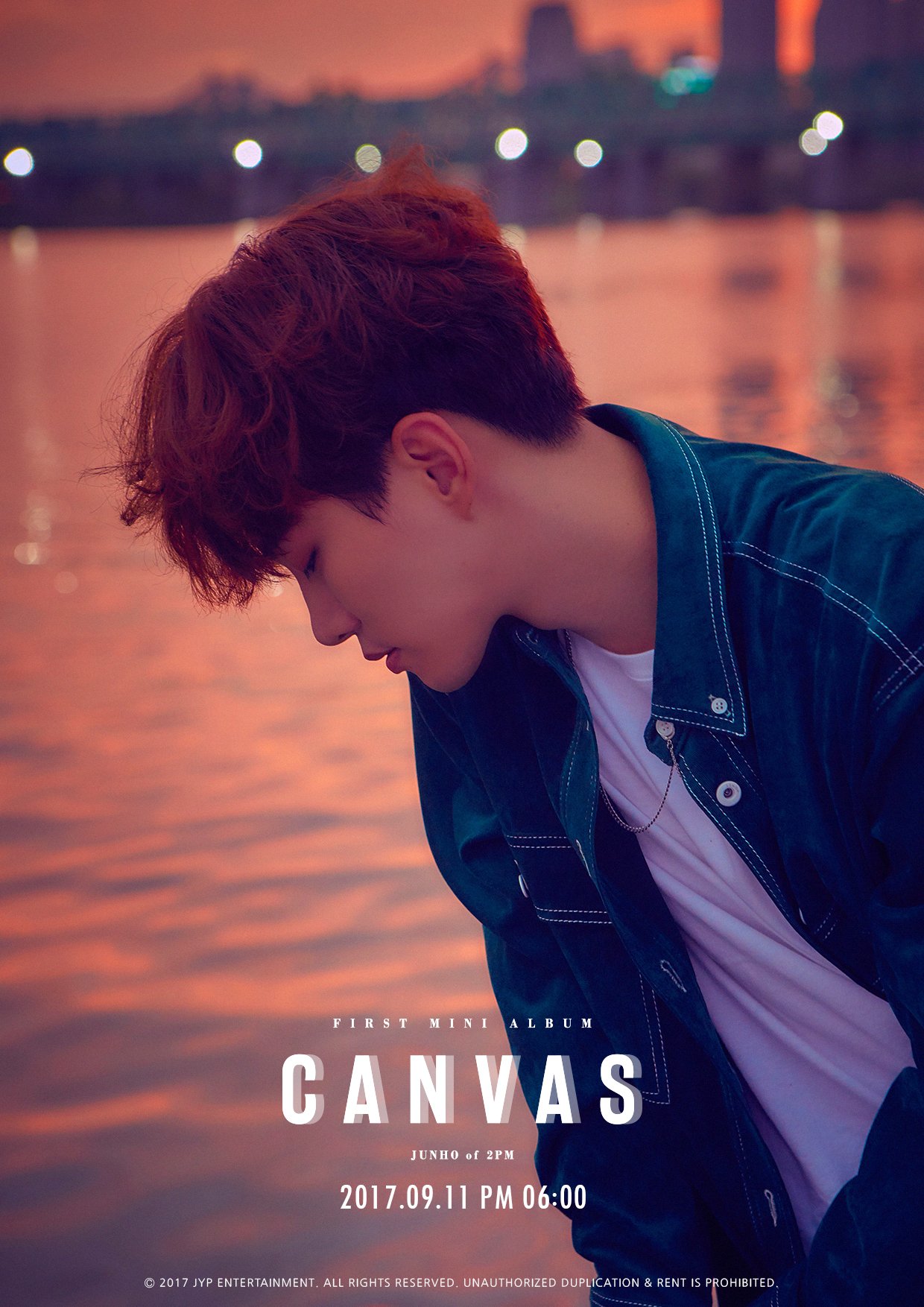 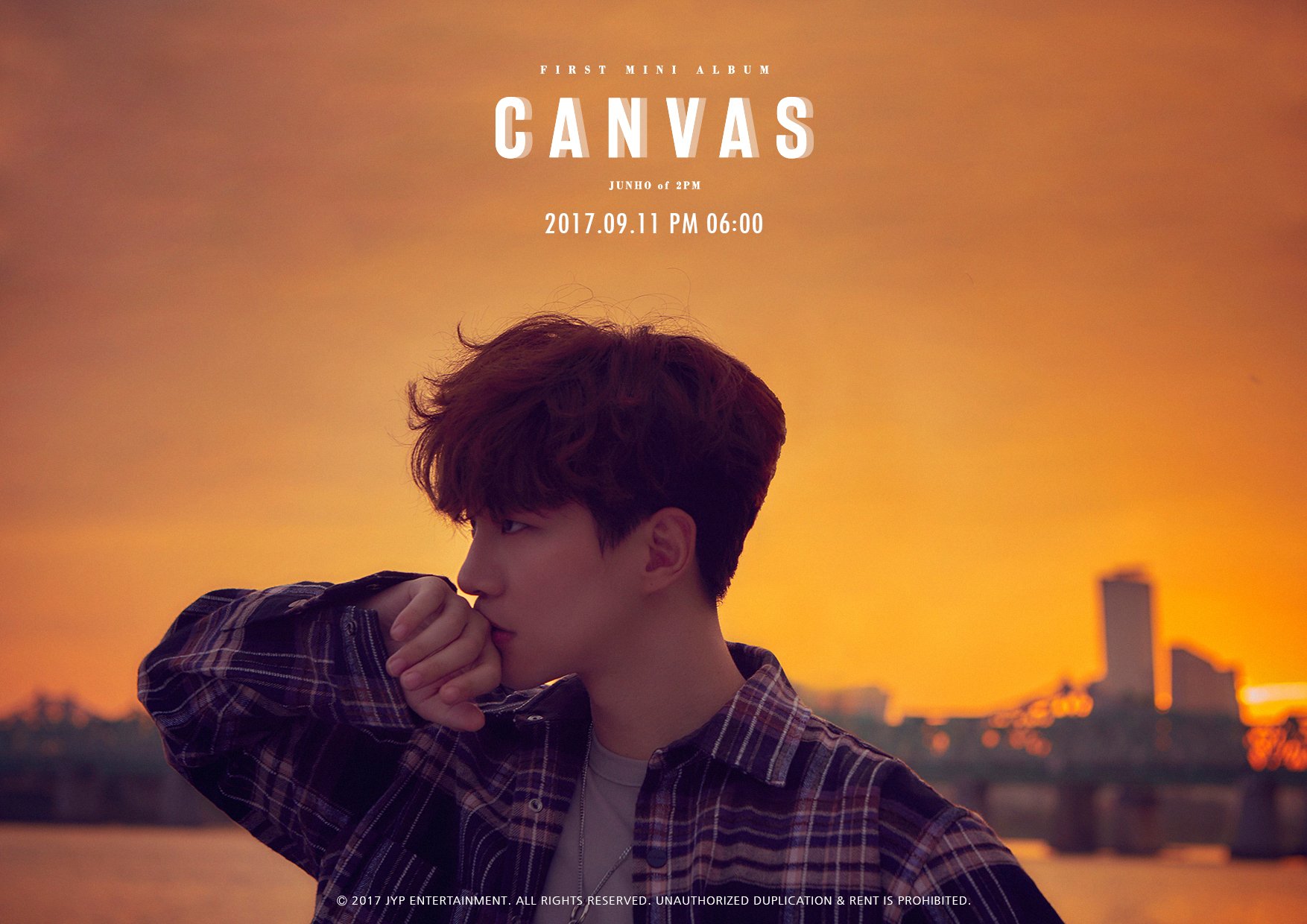 After announcing his solo mini album earlier in the day, 2PM’s Junho has now revealed the track list!

The album contains seven tracks including title track “Canvas,” and worked on the composition and lyrics for every track. The last song also features talented artist “Cheeze.” 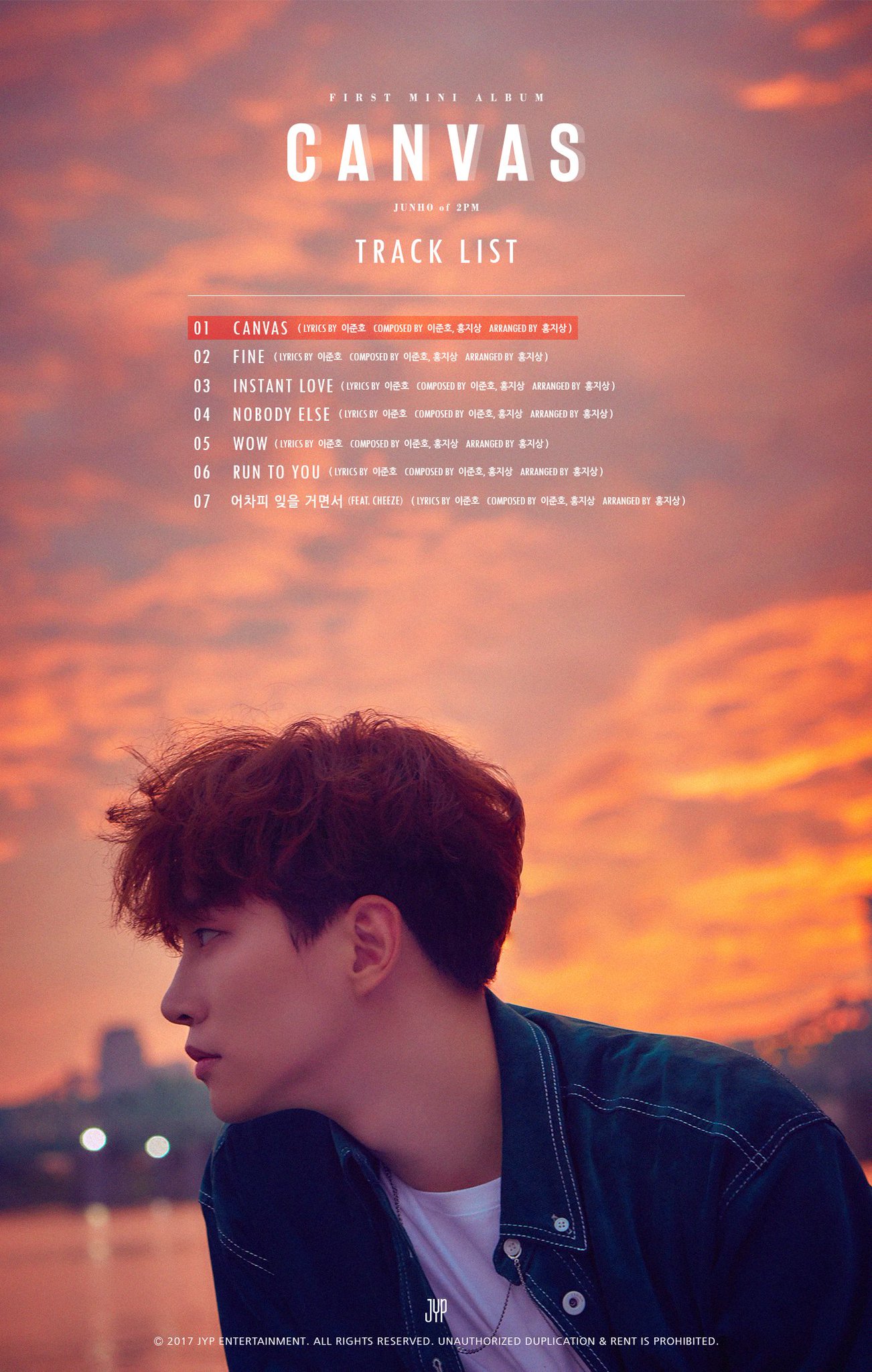 2PM’s Junho will soon be releasing his first solo mini album in Korea.

On August 31 at midnight KST, JYP Entertainment announced that Junho will be putting out his first Korean mini album “Canvas” on September 11 at 6 p.m. KST. 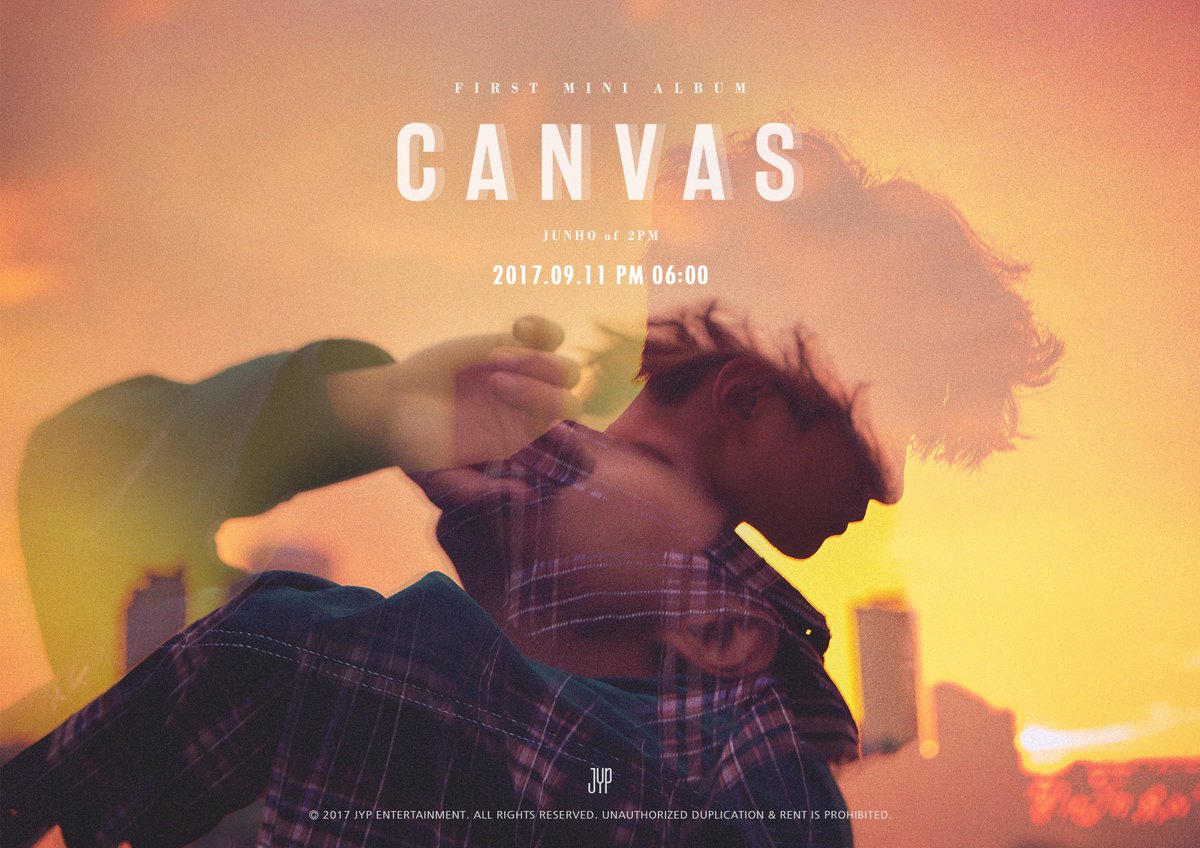 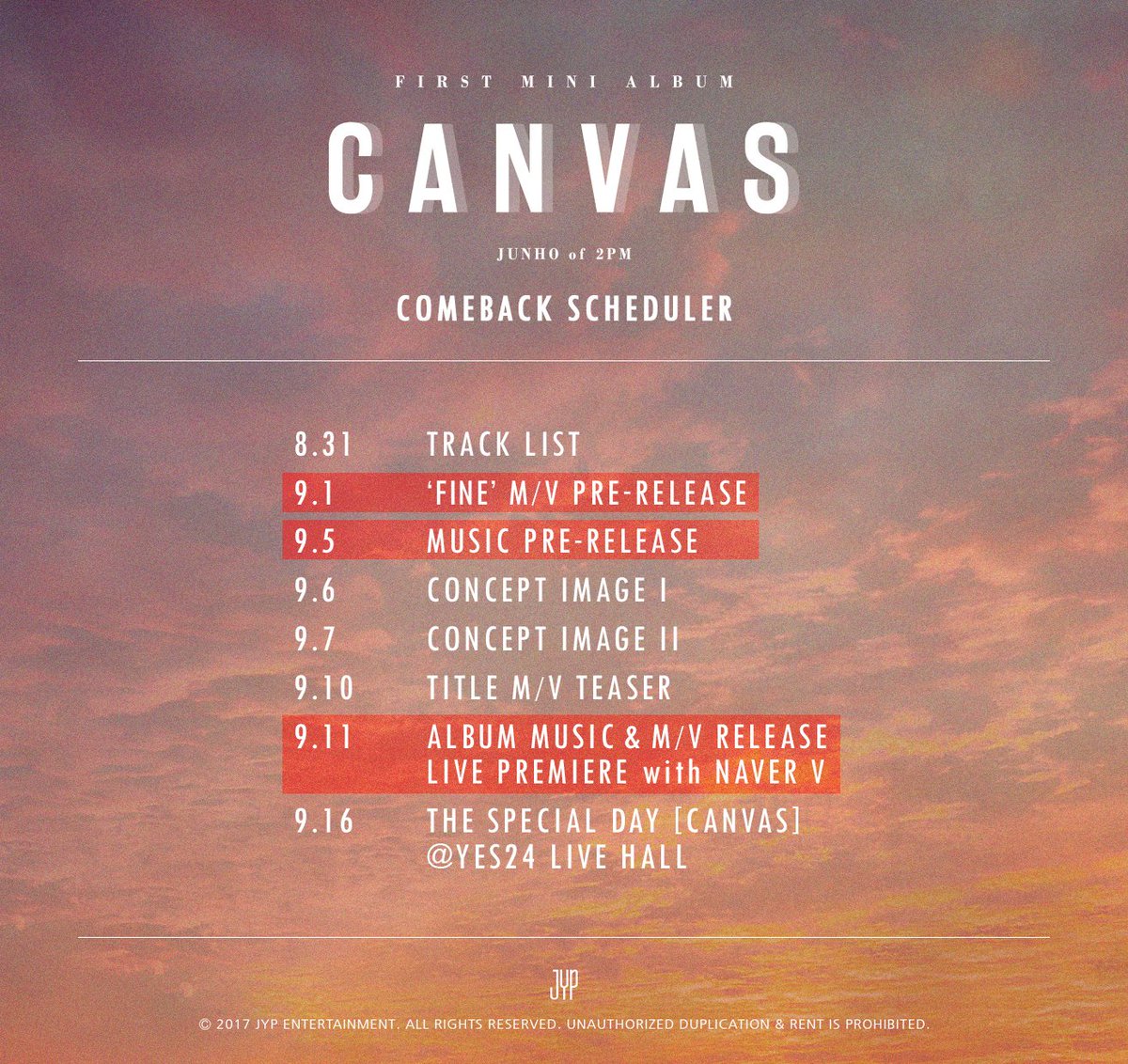 Junho previously released a solo best-of album in Korea entitled “ONE” in 2015 and has also achieved great success as a solo artist in Japan, where he has released five mini albums.

2PM
Lee Junho
How does this article make you feel?