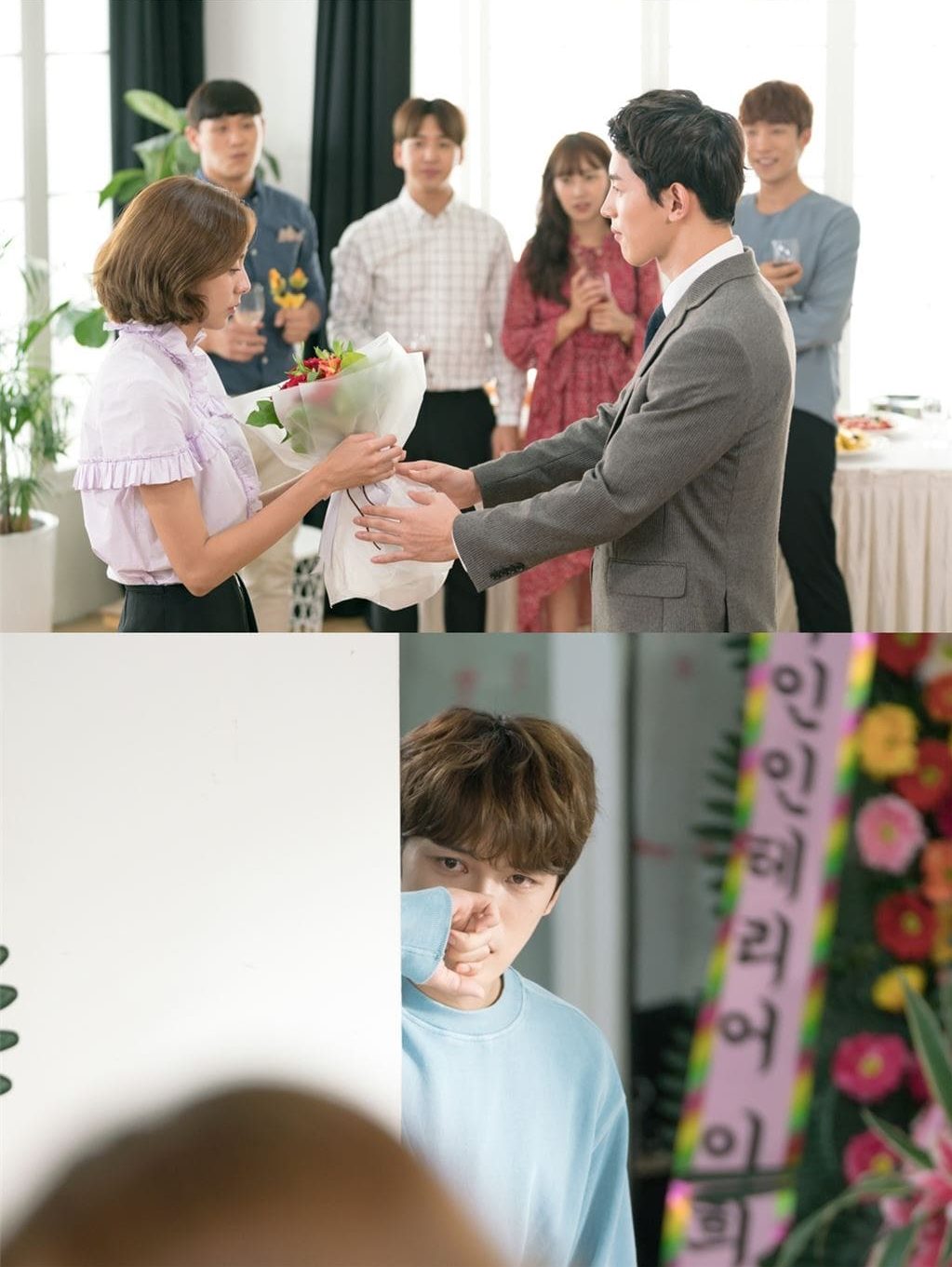 In the stills, Soo Jin is receiving a proposal from Jae Hyun in front of all of the people from the village. They are all gathered at Soo Jin’s newly opened photo studio to congratulate her on her achievement. In one picture, Soo Jin and Jae Hyun have their arms linked and are looking at each other with loving eyes. The sadness in Bong Pil’s eyes as he watches from afar is enough to cause viewers’ hearts to break.

On the latest episode of “Manhole,” Bong Pil traveled back to the day before his military enlistment. He left a confession video for Soo Jin in her camera, but she lost the camera afterwards and was unable to see it. The episode ended with Jae Hyun picking up Soo Jin’s camera and returning it to her.

With Jae Hyun’s proposal in the newly revealed scene, it is difficult to tell what will happen to Bong Pil and Soo Jin’s present and future.

Watch the latest episode of “Manhole” below!