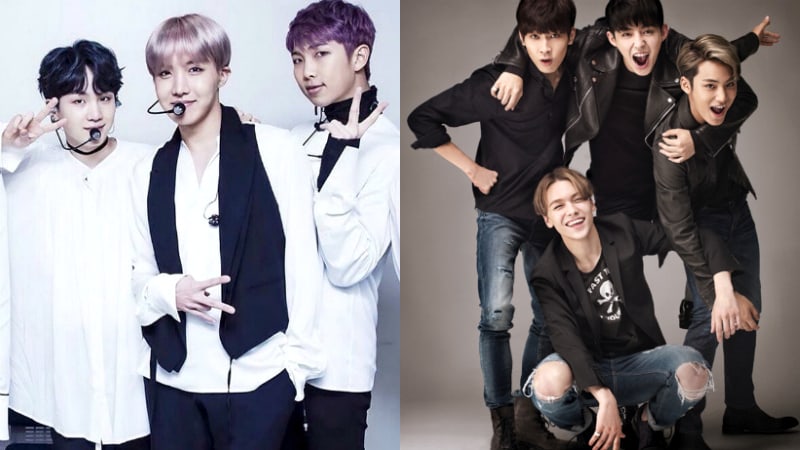 K-pop groups with more than one rapper are easy to fall in love with, as the different rapping styles and flows can create something truly magical. While the greatest vocalists are able to deliver beautiful ballads and breathtaking covers, rap lines often surprise us with amazing unit tracks.

Check out these unique songs performed by the rappers of our favorite K-pop groups!

If you need a confidence boost, it’s time to listen to the latest addition to the epic list of high-quality hip-hop releases by BTS’s rappers! Rap Monster, Suga, and J-Hope are known as one of the strongest rap lines in today’s K-pop world, and they are not afraid to show us their confidence in their abilities.

GD & TOP is a powerful duo, and this list would be incomplete without them. The two rappers and childhood friends spoiled us with a couple of real club bangers, but “Zutter” is also worth a listen with the edgy vibes of the song and the crazy music video.

It’s easy to have more than one incredibly gifted rapper if your group consists of 13 members. The hip-hop unit of SEVENTEEN has released numerous mixtapes to demonstrate their talent and the effortlessly cool “Check-In” became a fan favorite in no time.

Yongguk and Zelo were the first members we got to know before B.A.P’s debut, as the sub-unit BANG&ZELO dropped the single “Never Give Up” in 2011. Luckily, it wasn’t the only time the two created something amazing together. “Pray” is one of the most extraordinary songs on their 2016 album “Noir,” and we all need to appreciate the deepness of the lyrics.

The instrumentals of the song would be perfect for a horror movie, but “No Joke” sends a clear message to everyone: Zico, Kyung and P.O are back and ready to take their music to a higher level. We would like to hear more from this trio!

Hoya’s departure from INFINITE left us all devastated, and the rap sub-unit of him and Dongwoo will be truly missed. The duo experimented with a lot of styles while working together, and “Pretty” was arguably one of the highlights of their releases.

The light melody and the sweetness of the MV is probably not what you first expected from MONSTA X’s rapper line, but “BeMyFriend” is a perfect summer jam. Don’t we all want to be besties with Jooheon and I.M?

Double B is always on point when it comes to rapping, and the infamous duo got the chance to showcase their talent and chemistry in “Anthem.” The high-energy track is as catchy as possible and the hot verses prove why we love iKON’s rappers so much.

There are many things we are missing from Topp Dogg’s original line up, and the swaggy rap line is definitely one of them. “Peekaboo” shows us the charismatic and tough side of the four rappers, and it’s really easy to go with the strong beat and the flow of the track.

It’s not every day SM artists release hip-hop tracks with strong rap verses, but Mark and Taeyong from NCT 127 set the bar really high with “Mad City.” They know how to spit fire, yet the lyrics blend smoothly with the beat.

EXO’s iconic attempt to create a lit hip-hop song for their rappers can’t be ignored. While most of us are still not over Kris and his legendary “roll like a buffalo,” it’s hard to deny that “Two Moons” has its own charm and the chorus is catchy as hell. And don’t forget Key’s English verses!