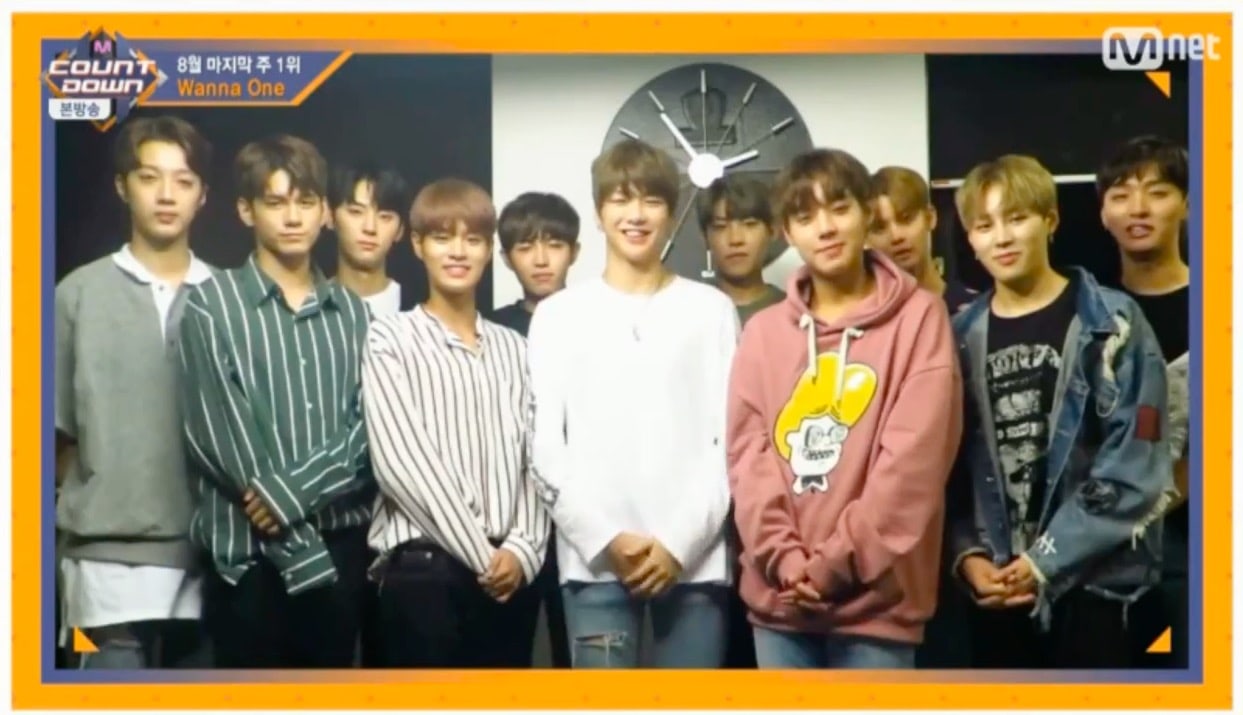 Watch: Wanna One Takes 14th Win For “Energetic” On “M!Countdown,” Performances From KCON LA By GOT7, SEVENTEEN, And More

Wanna One has grabbed a triple crown on “M!Countdown” for their debut track “Energetic”!

August 31’s episode of “M!Countdown” was devoted to airing performances from KCON LA, but a winner for this week was still announced.

Wanna One was up against Sunmi for the win, and they grabbed first place. This is their third week in a row winning on “M!Countdown,” and so they’ve now won a “triple crown” on the show. It’s also their second triple crown, after earning one yesterday on “Show Champion”!

Although Wanna One has now ended their promotions for “Energetic,” they celebrated their triple crown in a special video, and thanked “M!Countdown,” their staff, and fans.

Wanna One was one of many hit K-pop artists who lit up Los Angeles at KCON LA on August 19 and August 20. This week’s “M!Countdown” featured highlights of the weekend’s performances by artists including Wanna One, Super Junior D&E, GOT7, SEVENTEEN, VIXX, KARD, NCT 127, ASTRO, SF9, Cosmic Girls, Girl’s Day, Heize, Kim Tae Woo, and Oh My Girl.

Watch many of the great performances below!

ASTRO – “Place Where You Need to Be”

Wanna One – “Intro” and “Energetic”