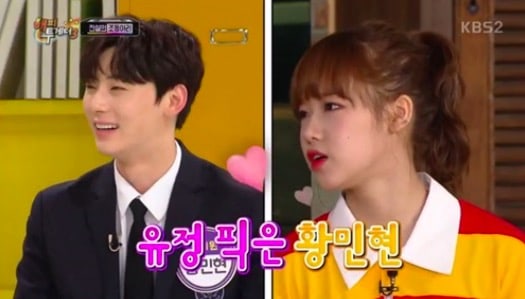 On the August 31 broadcast of KBS2’s “Happy Together,” Weki Meki’s Choi Yoojung and Kim Doyeon appeared as guests.

During the episode, MC Ji Suk Jin said, “Wanna One appeared a little while ago. How did you like that episode?” 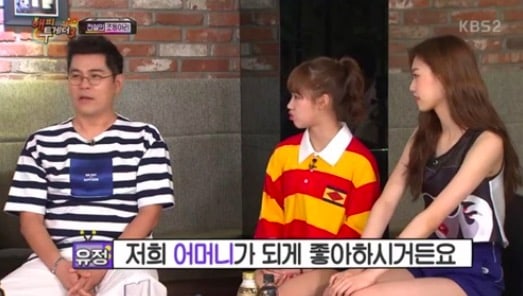 Kim Doyeon said, “Each member of Wanna One is so talented. I enjoyed it.” As a former trainee on Mnet’s “Produce 101,” she said, “I felt that for our season, we were lacking, but they are very good.”

Choi Yoojung was also asked to name her favorite Wanna One member to which she replied, “Hwang Min Hyun. My mother really likes him, too.”

Meanwhile, Weki Meki recently made their debut with “I Don’t Like Your Girlfriend.”

Wanna One
Weki Meki
Choi Yoojung
Kim Doyeon
Happy Together
Hwang Minhyun
How does this article make you feel?