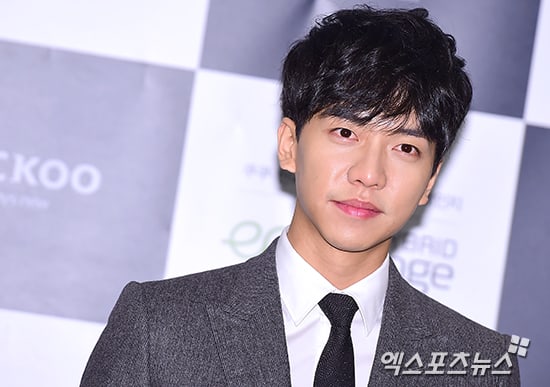 Singer and actor Lee Seung Gi has gotten caught up in rumors about supposedly have an identical twin sister due to a photo being circulated on online community sites.

A source from his agency, Hook Entertainment, commented on the rumors said, “[The rumors] are funny. However, Lee Seung Gi does not have a twin sister.”

The source continued, “We have checked the photo in question and it looks like a composite [combination of multiple images]. The photo does really resemble him though.”

Meanwhile, Lee Seung Gi is currently fulfilling his mandatory military service and is expected to be discharged on October 31.