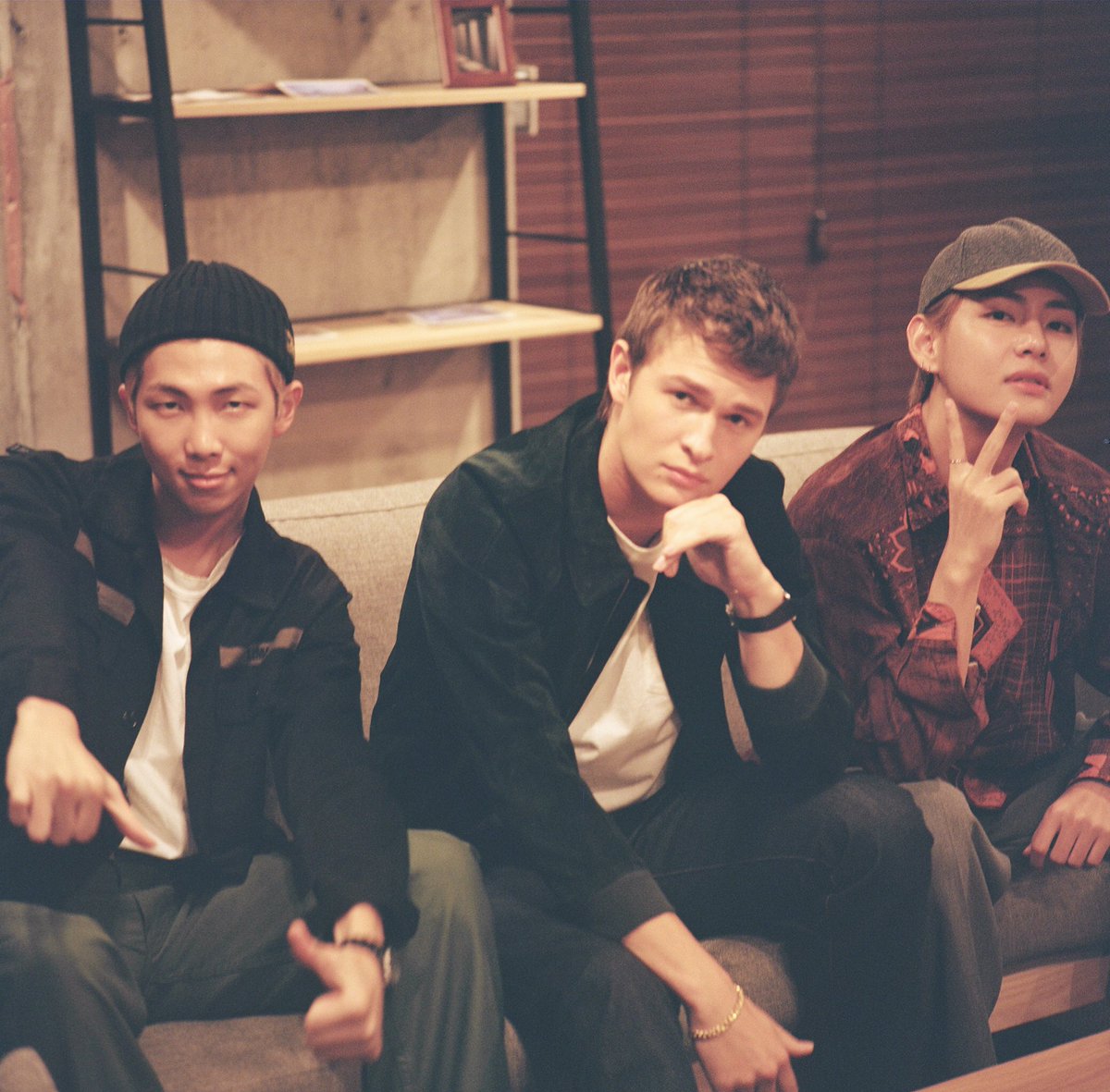 American actor and singer Ansel Elgort has said in an interview that he’d enjoy the opportunity to collaborate with BTS!

While recently promoting his new film “Baby Driver” in Korea, Ansel Elgort sat down for an interview along with director Edgar Wright. During the interview, Ansel Elgort was asked if there are any Korean celebrities he’d like to work with.

“Some kids that I made friends with in America are the guys of BTS,” answered Ansel Elgort. “Obviously acting and film is a big part of my career, but music is also, and I’d love to collaborate with them. I think that’d be a lot of fun.”

Ansel Elgort and BTS met at the Billboard Music Awards earlier this year, and he recently got to meet up with Rap Monster and V again in Korea.