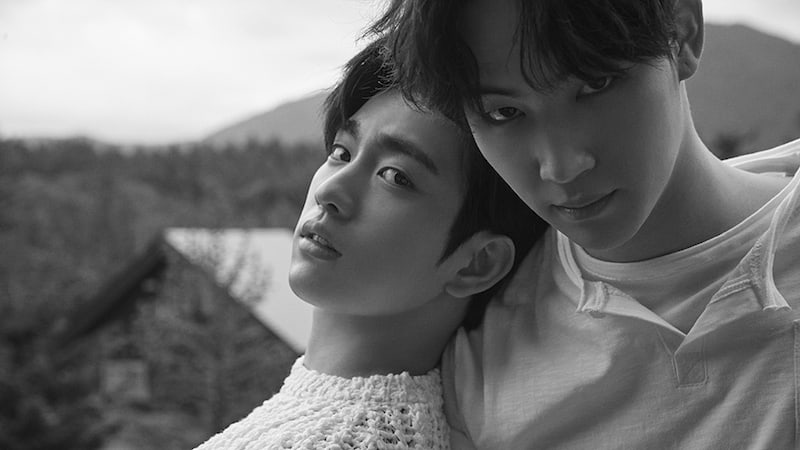 6 Reasons Why We Needed The JJ Project Comeback

If you know GOT7, you probably also know the glorious JJ Project, the duo consisting of GOT7 members JB and Jinyoung, who debuted two years before GOT7 did. While they finished their promotions a little while ago, it’s no doubt that JJ Project’s return slayed us all! JB and Jinyoung were nothing short of magical in their comeback, so come explore with us the reasons (aside from the obviously amazing music) why we really needed the piece of art that is “Verse 2.”

We absolutely love “Bounce,” but it hasn’t exactly aged well. Of course it’s a classic, but what was really left of JJ Project up until now was that little cringe that everyone, including themselves, got when they rewatched the MV. That, and Yugyeom having a field day every time JJ Project came up. It was about time JJ Project came back to life and reminded the world what they’re capable of.

Okay, we need to talk about this. In fact, there are probably whole lists that are just about the visuals of JJ Project. It’s just…they’re just… so incredibly, ridiculously good looking. Everything about both JB and Jinyoung just screams boyfriend material and makes fans dream of road trips, lazy Sunday afternoons, and just generally having a young god by their side.

Please, if you haven’t done it yet, stop everything you’re doing right now and watch the “Tomorrow, Today” MV. Its aesthetics are just over-the-top beautiful. And, let me tell you, all these very Instagram-worthy settings do an amazing job in accentuating the boys’ visuals and of course the meaning of the song. All in all, it’s just right.

The JJ Project ship has always been strong. But of course since the comeback, it’s more obvious than ever that the mom and dad of GOT7 earned their titles. The peak of it all is the choreo, which has lots of close face-to-face moments – making fans swoon and ship it like there’s no tomorrow.

There will probably (and unfortunately) never be MVs for the solo songs on the album, but – and please trust me on this one – Jinyoung’s “The Day” and JB’s “Fade Away” are more than worth a listen. Put it on, close your eyes, and enjoy what are, presumably, maybe, and probably the most intimate pieces of music by these two boys you’ve heard yet.

Lastly, probably one of the cutest things about this JJ Project comeback: the five very eager fanboys better known as the rest of GOT7. From visiting concerts and random fanboying to a fanchant video, the other five members pretty much turned into us fans for the time being. And so for once, iGOT7s and GOT5 are in the same boat, together cheering for JJ Project.

Always being quite a burden to his hyungs Jinyoung-ah and Jaebum-ah (still waiting for news about his punishment for this informal speech), it seems like GOT7’s maknae Yugyeom has really found his true purpose as the number one JJ Project stan. The GIFs speak for themselves.

This random GIF of Jinyoung that I just could not not include in this article.

How are you dealing with JJ Project, Jackson’s amazing solo debut, and the upcoming GOT7 comeback? (In other words: Are you still okay?) What’s your favorite JJ Project moment? Let us know in the comments!

daisygonzo is brokenheartedly sitting in ol’ Europe, wishing she could already be back to about 8.500km east-ish from here. See her Instagram for pictures from her past few months in Korea.

GOT7
Soompi Spotlight
JJ Project
How does this article make you feel?