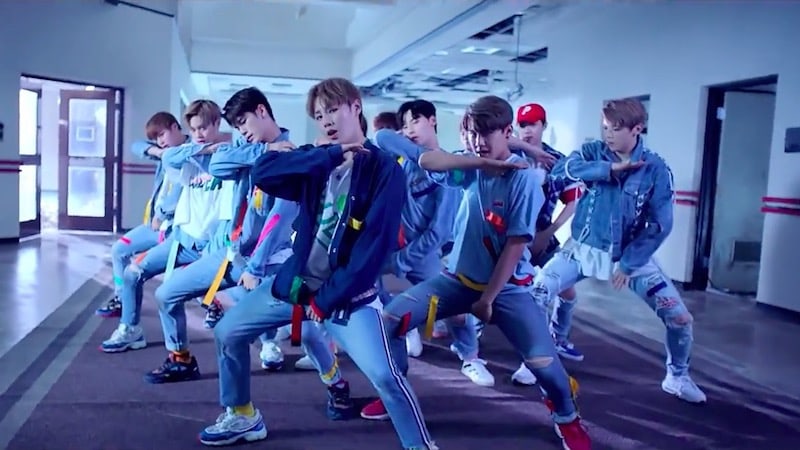 Wanna One’s “Energetic” remains on top of our chart for the second straight week! This song has another strong showing on all fronts, sweeping another round of music shows last week. It scored even higher than last week, which is very impressive for a new group’s debut song. Wanna One might be a strong contender to become this year’s best new artist. Congratulations again to Wanna One!

Holding steady at No. 2 is GFRIEND’s “LOVE WHISPER.” Rounding out the top three is EXO’s “Ko Ko Bop,” bouncing back up two spots to No. 3 this week.

There is only one new song in the top 10 this week. Moving up eight spots to No. 6 is Taeyang’s “DARLING.” This is one of the double title songs from Taeyang’s third solo album “WHITE NIGHT.” It is an R&B ballad that sounds like a breakup song, but is about a guy who thinks his girlfriend is that special someone. Listeners who are in a relationship will resonate with the song!