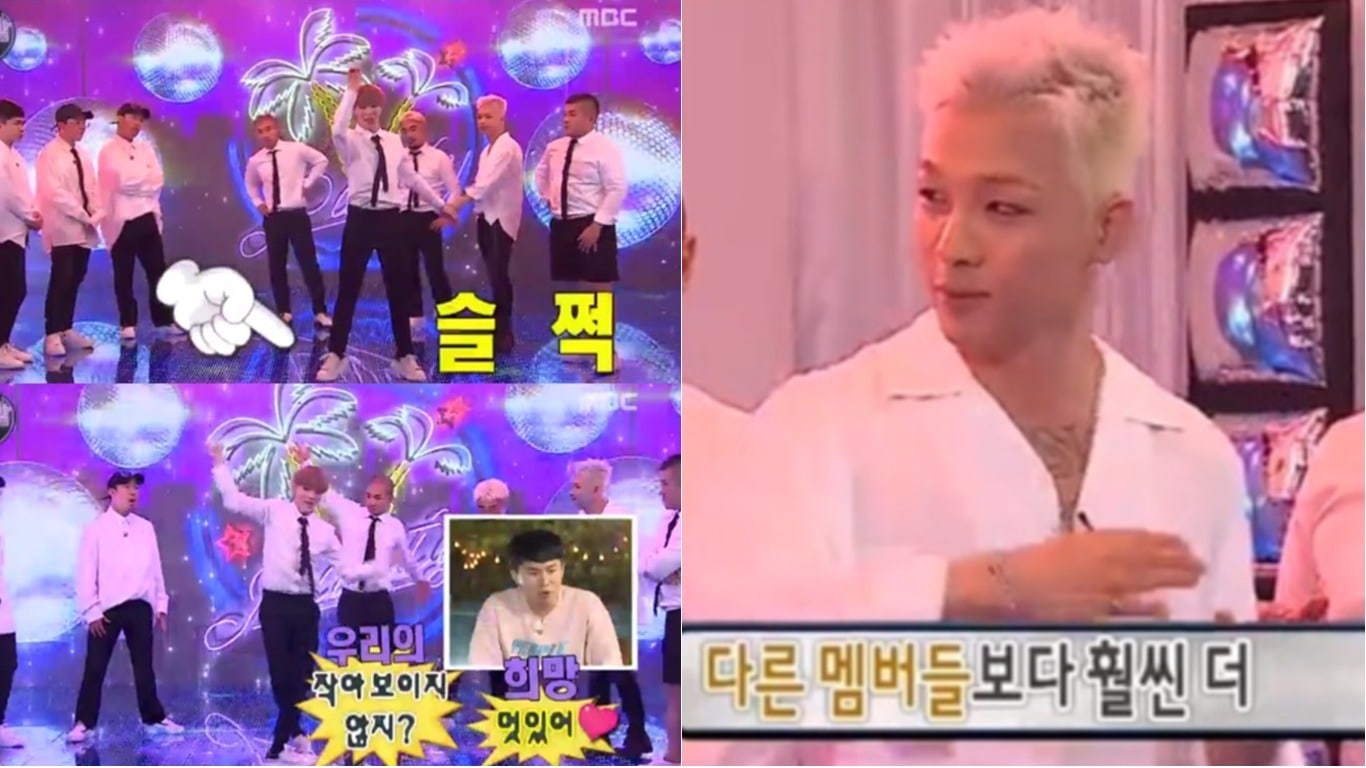 On the September 2 broadcast of MBC’s “Infinite Challenge,” each of the members planned parts of the show. For HaHa’s corner, he planned a “small party,” inviting celebrities known for their short heights.

At the end of the “short party,” the members gather on stage, and Ha Sung Woon and Taeyang share their secrets to how they make up for their short heights when performing. Ha Sung Woon said, “When I raise my arms, I secretly raise my heels, too. And I make my movements large.”

Taeyang added his tips for stage presence, saying, “When you stand with your core engaged, there is an aura that comes just from that. And when there are moves where you extend your arms, I always extend farther or higher than the other members.”

BIGBANG
Wanna One
Taeyang
Infinite Challenge
Ha Sung Woon
How does this article make you feel?