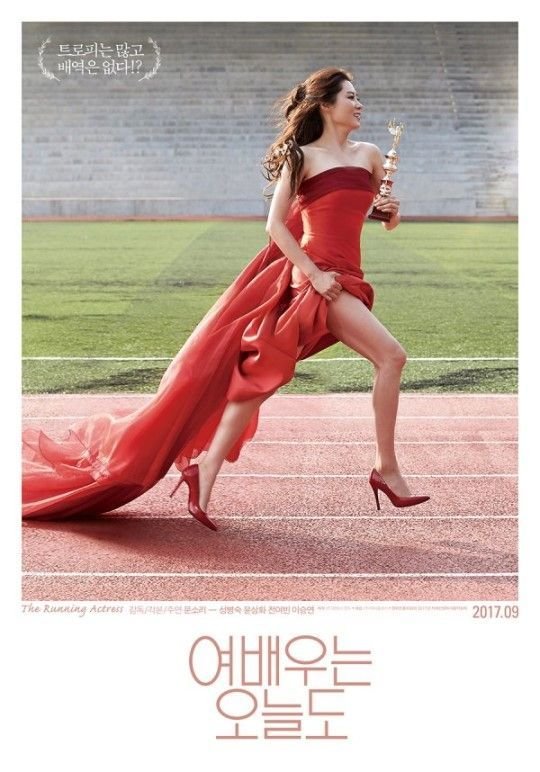 The new film “The Running Actress” opens with Moon So Ri tearing up after a rejection from yet another casting agent.

The film was written by Moon So Ri herself, based on her experiences in the industry. It was originally made into a short film in 2015 and is now being released on a larger scale this September.

The film aims to address a common problem for women in the industry, which is that even veteran actresses like Moon So Ri face trouble getting roles. Although all-male casts in movies are common, there are few movies that are written for solely female leads. Moreover, male actors at the height of their popularity can appear in several projects at the same time, while even popular actresses like Song Hye Kyo and Go Hyun Jung face hiatuses of a year or more between projects. With the lack of female characters in movies, actresses are finding themselves out of work.

One production company representative said, “The most important audience demographic in Korean film is women aged 20 to 30. These people want to see male actors in their 20s to 40s and choose films based on this.”

Whether this is true or not, it is certainly a trend that Korean films have tended towards crime thrillers and noir genres. These films, by tradition, lack strong female roles, and often only cast one or two leading women (if at all). Recently the film V.I.P, very much in this genre, became embroiled in controversy after its misogynistic portrayal of women.

Instead of looking to problems like this, some people have accused actresses of being too selective with their roles, rejecting multiplayer casts in favor of top billing and turning down films requiring nudity or appearance changes. However, many actresses disagreed, saying that multiplayer casts are fine as long as the production is good.

Despite this, many actresses are getting their second or third wind by working with rookie directors. Rookie directors and non-traditional screenwriters like Moon So Ri are often more willing to take risks rather than sticking with established trends.

A source from a management agency said, “There are scenarios that come in from rookie directors on a steady basis. It’s not easy, but occasionally experimental and ambitious projects catch our eye. More than anything, they don’t treat female characters like decorations or tools, but as active characters. Then the actresses can really expand their talent. That’s why even if they’re independent films, they are attractive to actors.”

Moon So Ri
The Running Actress
How does this article make you feel?