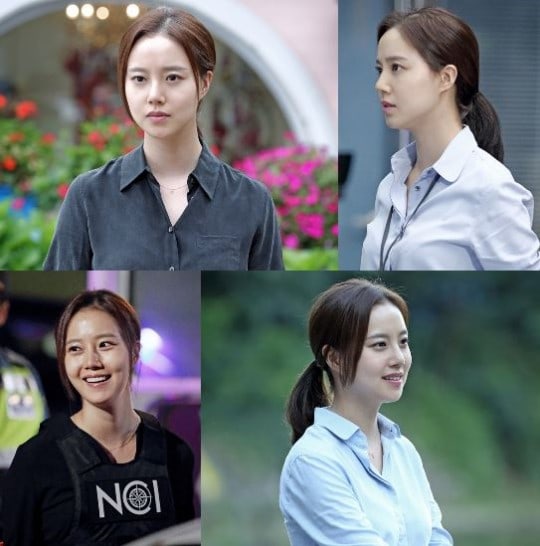 In the drama, Moon Chae Won’s character is a cold, reserved character who is excellent at her job as a profiler and keeps her emotions tightly under control. She throws herself into her work without fear of personal danger, despite her own tragic past.

Despite the bright image that the actress has shown in the past, Moon Chae Won perfectly synchronizes with her character in expression and behavior. In the behind-the-scenes cuts, her expressions match the dark scene she’s shooting, but immediately clears up when the cameras stop rolling.

Her ability to snap in and out of character in a moment, as well as her naturally cheerful personality, make a good atmosphere on the “Criminal Minds” set. She said, “The senior actors lead me well and with the help of the cast and crew I am having a good time filming. As the second half unfolds, please continue to support ‘Criminal Minds.'”